Following the incessant mocking their ignorant Chanukiah photo on Facebook brought, Jewish Voice for Peace (JVP) deleted it. Unfortunately for them: 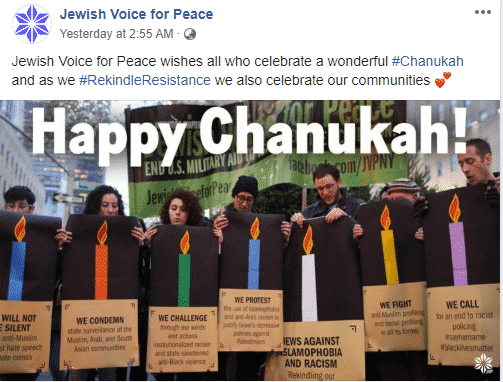 Chanuakiot have 8 candles/lights (plus the shamash “attendant” candle/light). What they are depicting here is a regular Menorah.

But they didn’t quit while they were behind. 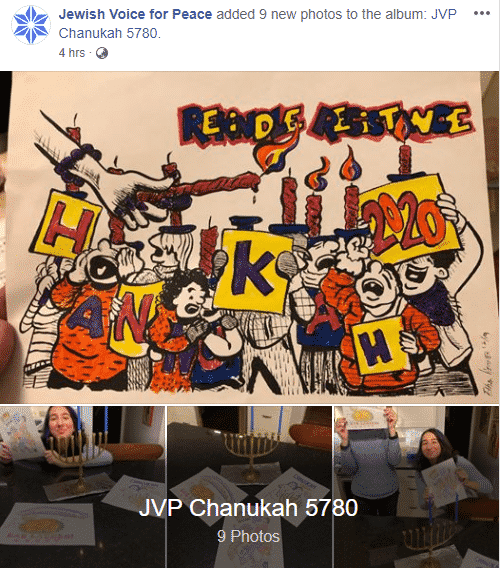 No-one holds a candle to these flaming idiots when it comes to ignorance of Judaism and sheer stupidity.