Iran Blames the US for Downing of Ukrainian Jetliner (Satire) 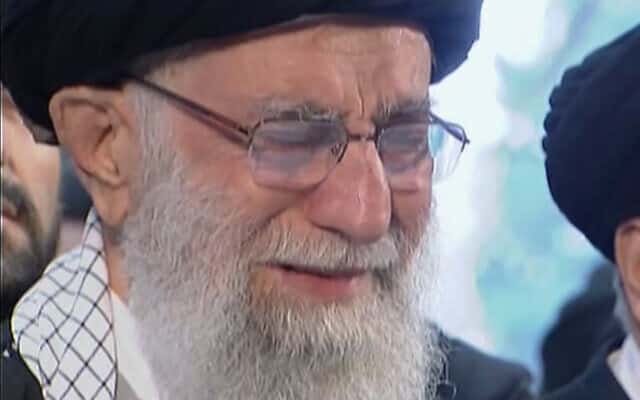 Three days after Iran confessed to shooting down a Ukrainian jetliner last week, President Hassan Rouhani told Iran’s state-controlled news agency Tasnim that the responsibility for the shooting lies with the United States after all.

“It was the U.S. that caused such an incident to take place,” the president told the Tasnim agency. “The root causes of this incident are unmistakably because of American Islamophobic adventurist actions that came without any trigger warnings”.

Iran’s Supreme leader Ali Khamenei added: “For 40 years now, the Islamic Republic of Iran has made an honest and disinterested effort to promote human rights across the globe, especially in Lebanon, Syria, Yemen and Gaza. This desire to spread the rights of humans – sometimes in pieces – has always been a basic principle for us. Is it too much to expect a bit of recognition from the Americans, who claim to care so much about this issue?

“Instead, for 40 years, the Americans have discriminated and marginalized us, calling us the axis of evil and ridiculing our sense of fashion.

“Then came Trump and killed our beloved son, our life, Qassem Soleimani, whose sweet-tasting cheeks I shall never be able to kiss again. That was the drop that made the camel’s hump flow over. Everyone was so stricken with grief that they could not perform their work. I could not stop crying myself. Our soldiers manning the anti-missile defense systems were in such a bad state that they begged us for Prozac, but we refuse to give our soldiers any products that have been tainted by the Zionist enemy. So when the Ukrainian airliner became visible in the sky, our soldiers, already triggered and unable to find a safe psychiatric space because of the Zionists, their eyesight heavily reduced by righteous tears of grief, simply mistook it for a missile”.