Yesterday, US President Donald Trump unveiled his “deal of the century” to the world. I don’t want to comment on it until I go through it, but it is fair to say palestinians and their supporters are not happy campers (are they ever?)

by posting maps of what they called the “real Palestine” (hat tip: Maks)

Unfortunately for them, they have only succeeded in showing their ignorance, while at the same time shooting themselves in the foot. 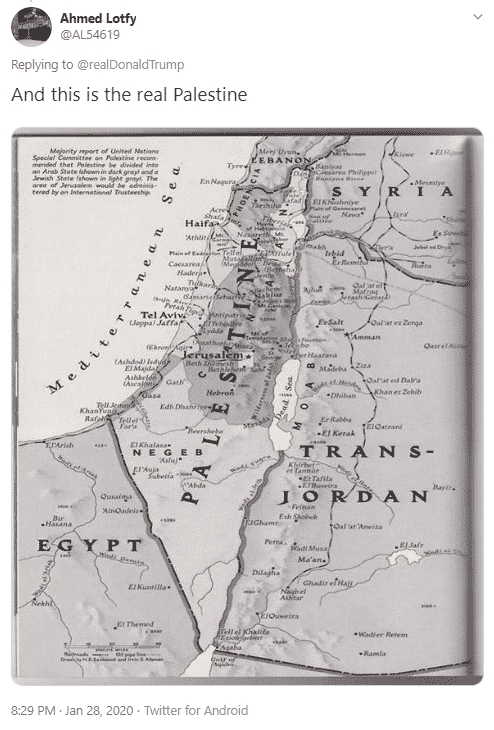 This is a map of the UN Partition Plan of 1947, which the Jews accepted, and the Arabs rejected and met with violence. Also note the references to “Judea” and “Samaria”, instead of “West Bank.” 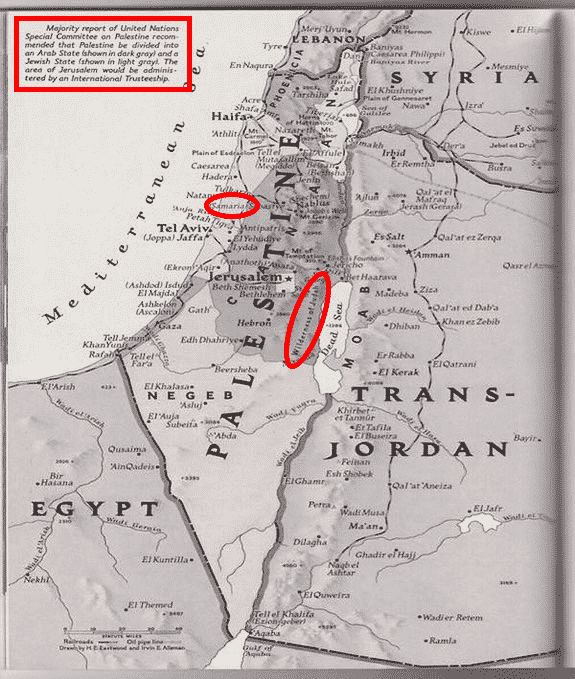 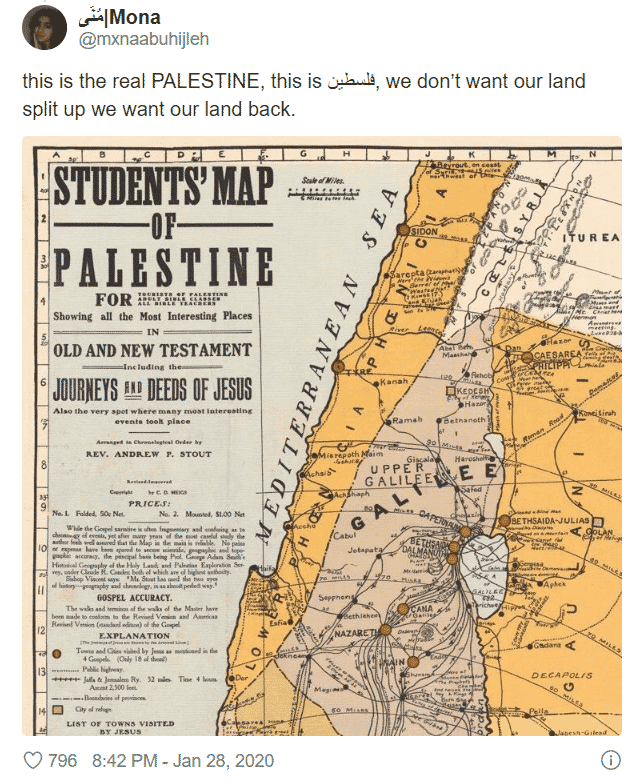 A closeup of another part of the same map reveals it wasn’t – unless her intention was to show the Jewish historical connection to the land, from well before the time that Mohammed was even in diapers. 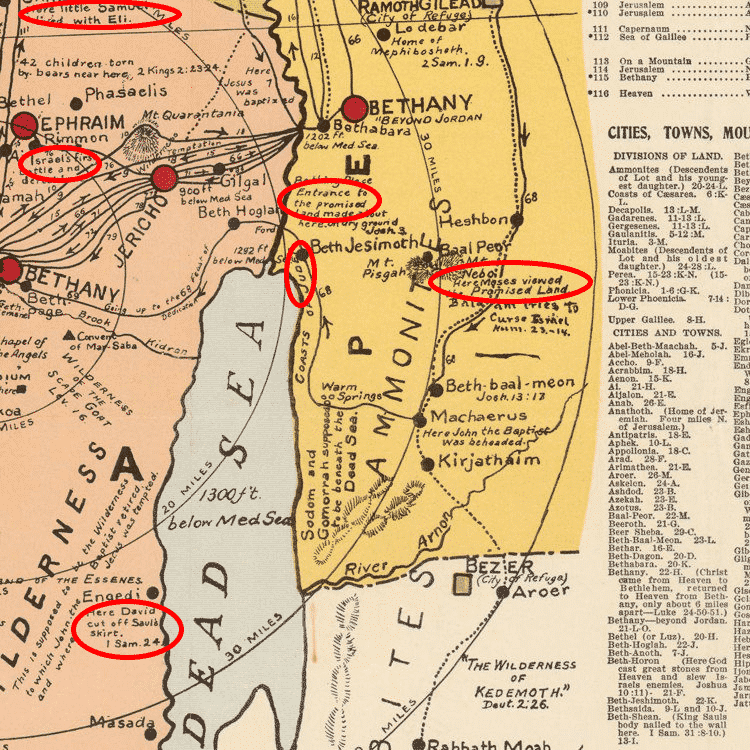 Then there’s this hater, who tweeted a map from MSNBC 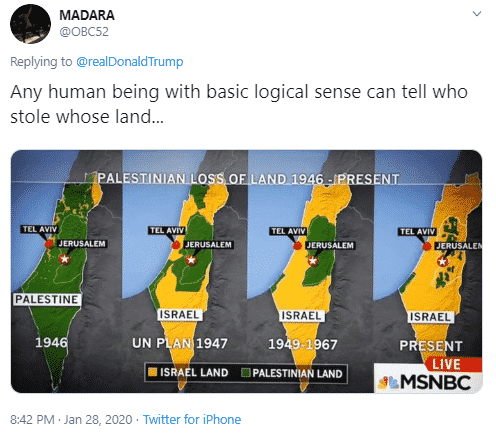 A map that MSNBC apologized for.

This is all par for the course for those opposed to the Jewish state. No sense of accuracy, truth, history…or decency.