September 1, 1967: the Arab League summit delivered the “Three No’s” – no to peace with Israel, no recognition of Israel, and no negotiations with Israel – as part of the Khartoum resolution – after Israel felt confident that the victory in the Six Day War would pave the way for a peace agreement with its Arab neighbors.

January 28, 2020: the PA delivers the “Three No’s” (a thousand times each), after the US and Israel hoped Donald Trump’s Deal of the Century would pave the way for a peace agreement with its palestinian Arab neighbors. 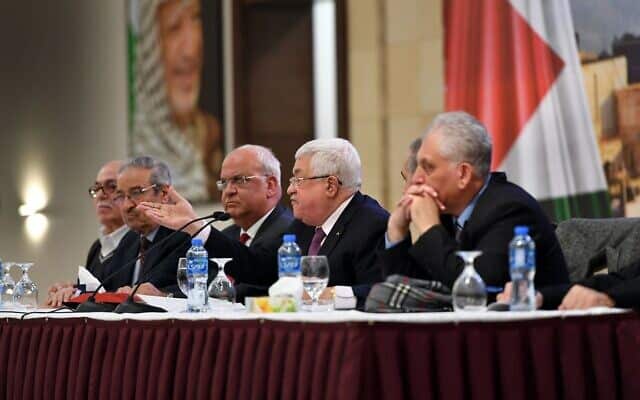 Palestinian Authority President Mahmoud Abbas firmly rejected the Trump administration’s plan to resolve the Israeli-Palestinian conflict on Tuesday, calling it the “the slap of the century.”

Abbas addressed the plan in a speech to senior Palestinian leaders, including representatives of the Hamas and Islamic Jihad terror groups, at the PA presidential headquarters in Ramallah.

“We say a thousand times: No, no and no to the ‘deal of the century,’” Abbas said, adding that the US plan “will not come to pass” and that “our people will send it to the dustbins of history.”