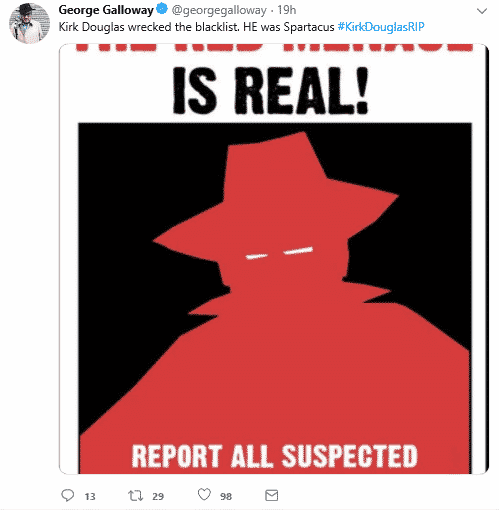 He also retweeted a number of other tweets honoring the Hollywood legend.

Shall I tell him or do you want to?