Home Aussie Dave The Casual Antisemitism of an Aussie “Progressive, Fighter for Justice” 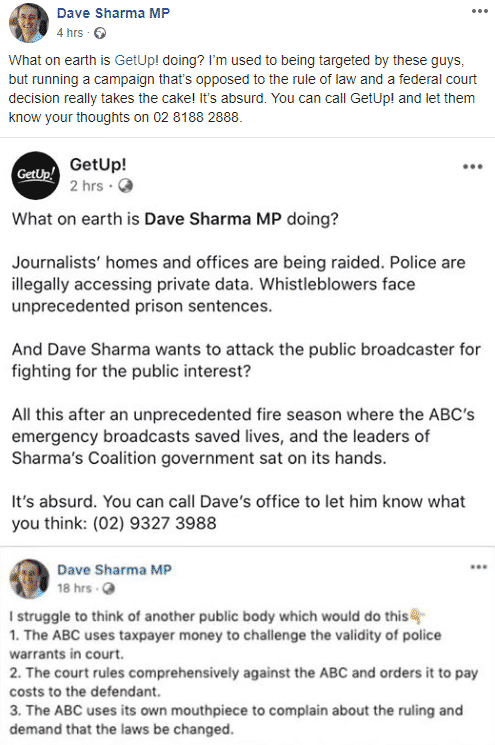 My friend (and Israellycool reader) Doron posted in defence of Dave (‘Kerryn’ is Kerryn Phelps, Dave’s political opponent), and received the following response from someone called Kirsten 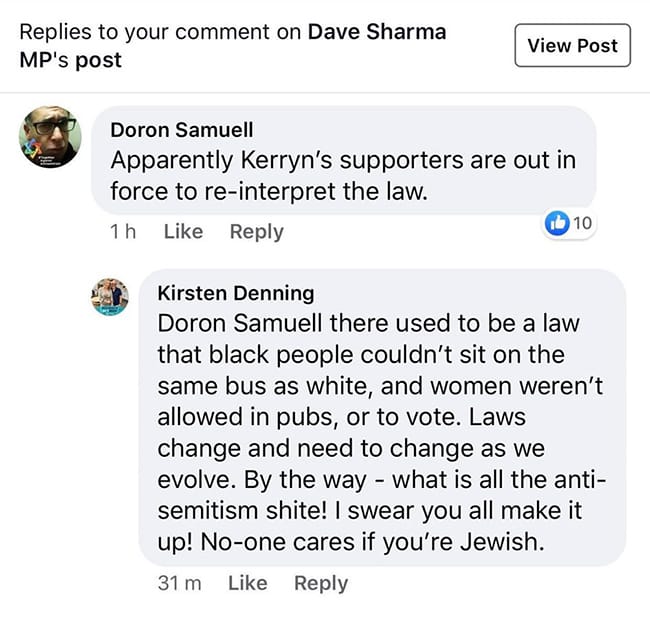 (Pod Star is the name of Kirsten’s business)

I am not sure what Kirsten meant by “antisemitism filters” but she was clearly not backing down.

How telling that this woman wonders “what [accusations of antisemitism] are all about”…while manifesting antisemitism herself.

Meanwhile, she continued to dig

I got involved on the thread, and also earned a blocking from her for my efforts. 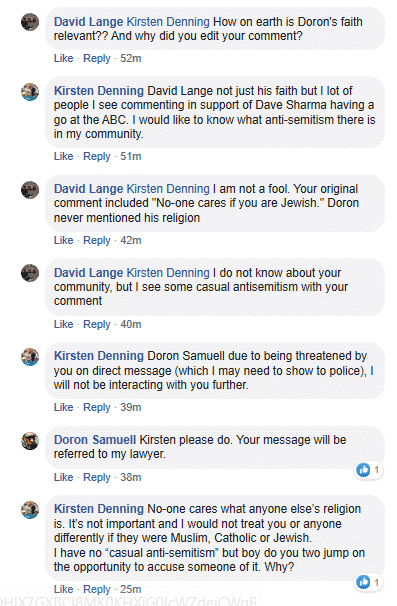 Apparently, Kirsten does care what someone else’s religion is – when they are Jewish.

What this shows is just how the antisemitism of  the Left is not restricted to the US and Europe, but traverses national boundaries. So often, those who claim to “fight for justice” do not believe in justice and human rights for Jewish people.