IfNotNow Suffers From a Bad Case of Premature Jubilation

Last week, anti-Israel organization IfNotNow (and others) milked the announcements of Democratic candidates Peter Buttigieg and Amy Klobuchar to not attend AIPAC 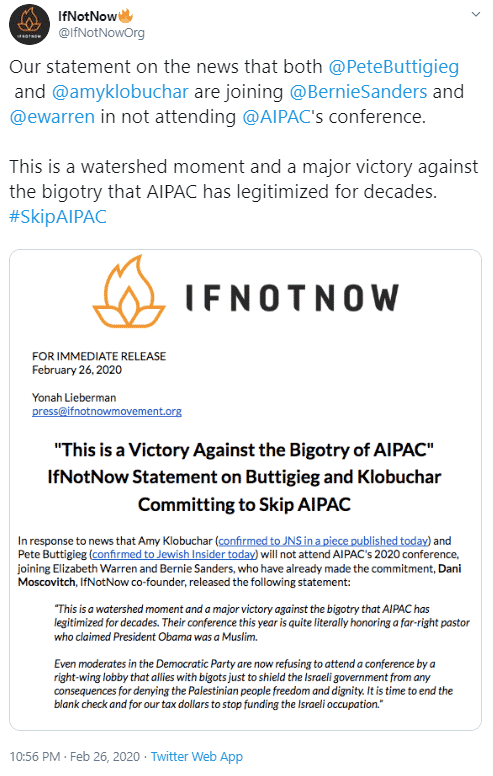 It was clear from the get-go their decisions were made because AIPAC overlaps with Super Tuesday, and not because they had caught a case of Sandersitis. But like the BDS Movement, IfNotNow were going to spin the situation as some kind of victory.

Predictably, they got burned. 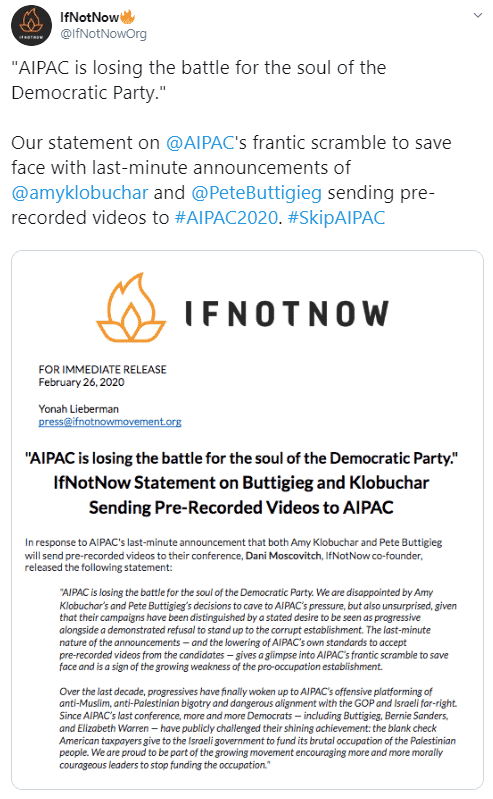