Last week, Bernie Sanders virtue-signaled his intention to not attend AIPAC because, in his words, “the platform AIPAC provides for leaders who express bigotry and oppose basic Palestinian rights.”

As I pointed out at the time, he attended an Islamic Society of North America (ISNA) convention that does the same when it comes to expressing bigotry and opposing basic Israeli and Jewish rights. I also defended AIPAC, which “involves a diversity of opinion on the Israel-palestinian issue.”

If you want some proof of this, I give you this selfie from AIPAC, taken by Israel advocate Hen Mazzig.

Hen and I have some pretty divergent views on the conflict, but it is more the appearance of Cory Booker at AIPAC that is telling. 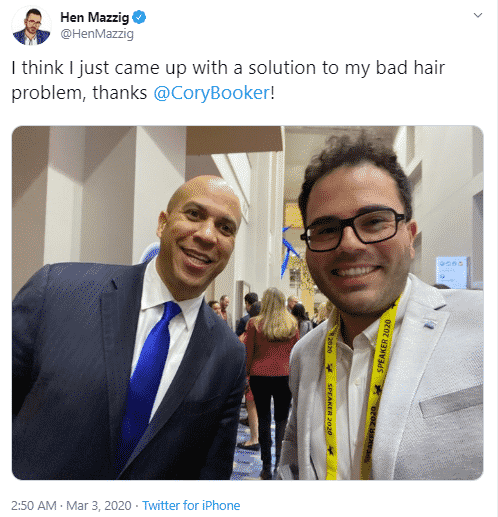 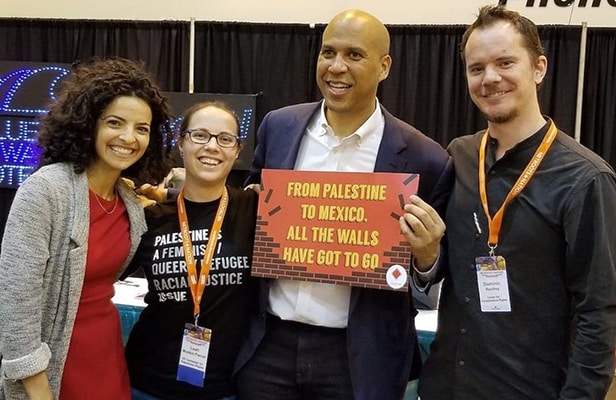 Could you imagine the ISNA convention inviting someone who had done the exact opposite things?

So while I can shake my head that someone like Booker gets invited to AIPAC (while a staunch Israel advocate like me has never been invited), it does show very well how AIPAC is exactly not what Sanders and gang claim it is.