Granted, there was a partisan bent to it when he attacked Bernie Sanders and praised Donald Trump

“The bipartisan consensus this once supported our most cherished ally and has been so nobly and ably championed by you here at AIPAC, is actually beginning to erode in one of America’s two major political parties.

Today, the leading candidate for the presidential nomination of the party of Harry Truman openly and repeatedly attacks Israel is a racist state and defames AIPAC is of all things, as he said, a ‘platform for bigotry.’ Even more troubling, when Bernie Sanders smeared Israel at last week’s debate, not a single candidate on that stage stood up to challenge him, but I’ll promise you we will always call out those who try to cloak their animus toward Israel inside a phony mantle of friendship.

But he had a point about Sanders – and whatever your feelings about Trump, his actions show he is certainly more pro-Israel than Sanders!

Be that as it may, the Zioness Movement accused Pence of antisemitism for this speech. 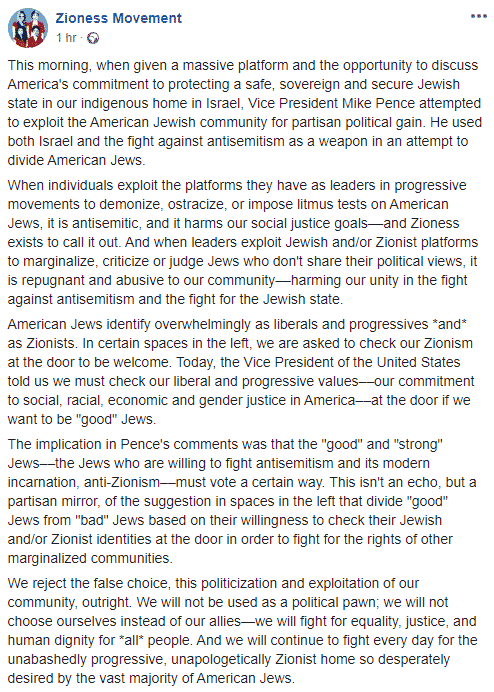 And has yet again encountered push-back in the comments from their own supporters. 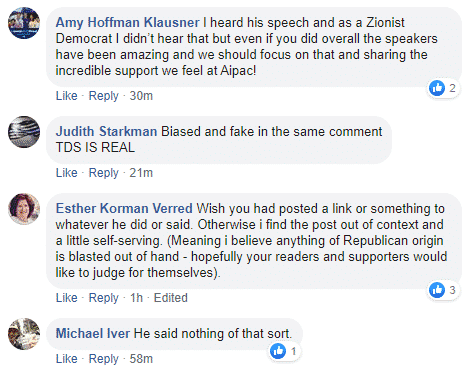 Remember, this is the same outfit that accused Ted Cruz of the same thing – and got blasted for it.

I have to wonder whether Zioness’ goal is to support Israel or just the Democratic party.