Anti-Israel DouchebloggerTM Richard Silverstein is upset he has been called a ‘kapo.’

I assume by “N-word” he was not referring to this: 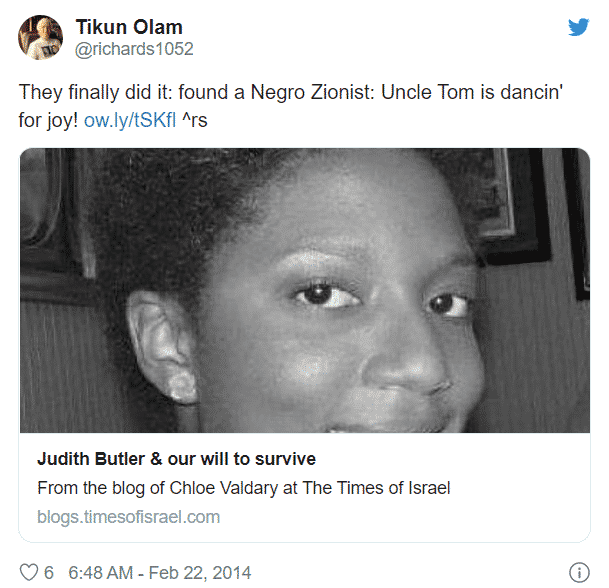 But he’s right about one thing – Twitter does seem lax when it comes to hate speech.