Anti-Israel websites Middle East Monitor and Palestine Chronicle have reported on the arrest of Omar Barghouti and his son. 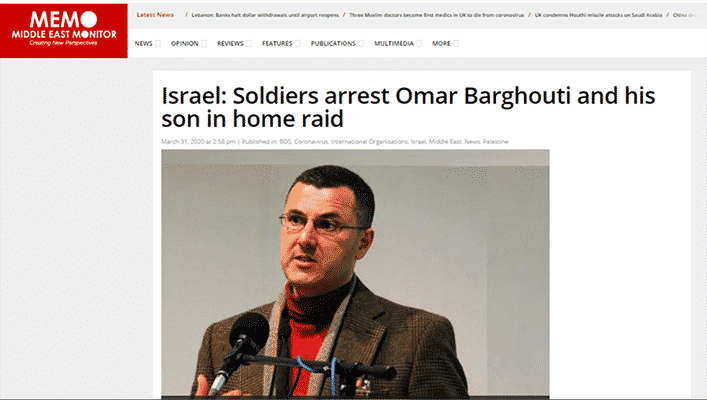 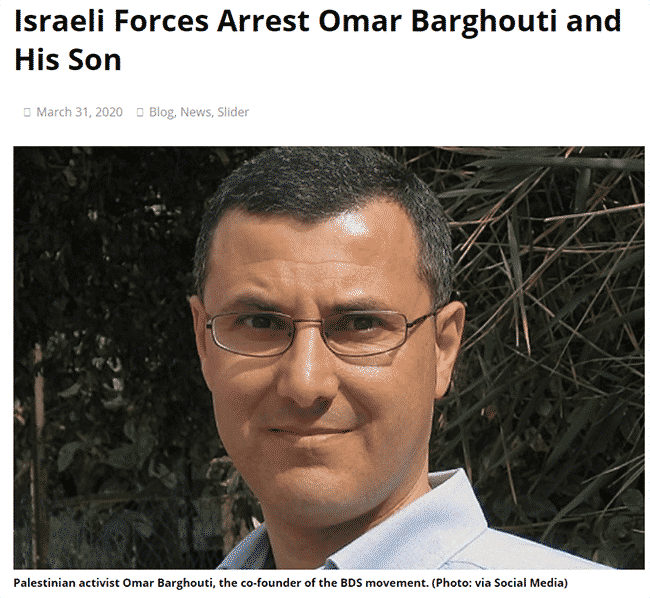 The co-founder of the BDS movement? This should rile the BDS-holes up more than usual.

Except...this is the Omar Barghouti who was arrested: 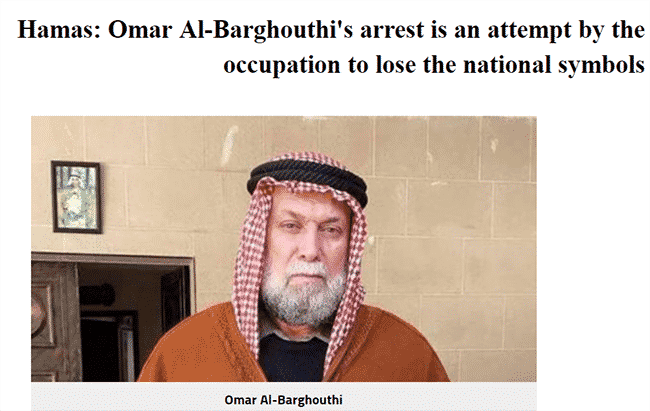 Both sites soon realized their embarrassing errors and deleted the reports. But not before being shared by others.

By the way, here’s more on Omar Barghouti, the little old man pictured.

Omar Barghouti, a Hamas leader in the West Bank, has spent 39 years in Israeli prisons for security-related crimes. He was first arrested by the IDF in 1978 for killing an Israeli citizen. He has been repeatedly held in administrative detention for several years. He entered Israeli prison as a member of Fatah but later became a prominent leader of Hamas.