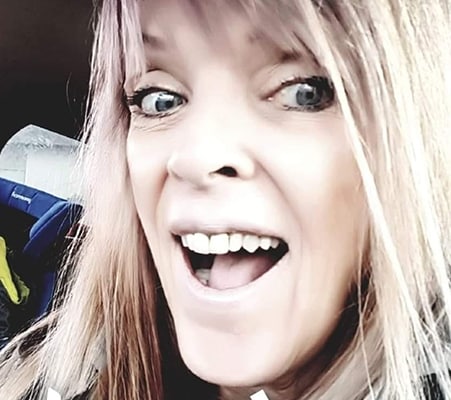 She came to my attention lending support to anti-Zionist-not-antisemite Saskia Whitfield on this post:

Alas, Patricia’s efforts at hiding her own Jew hatred are as bad as her teeth. 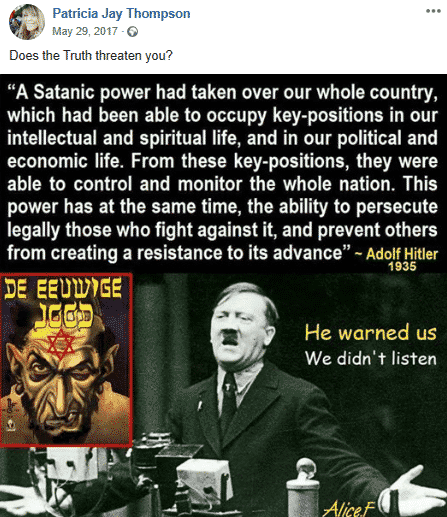 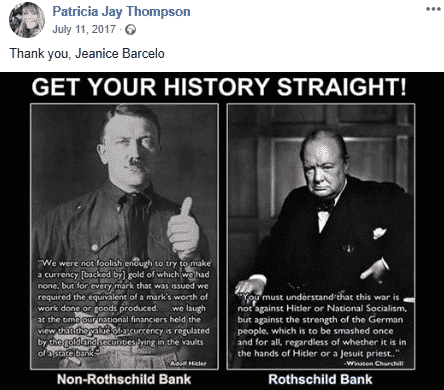 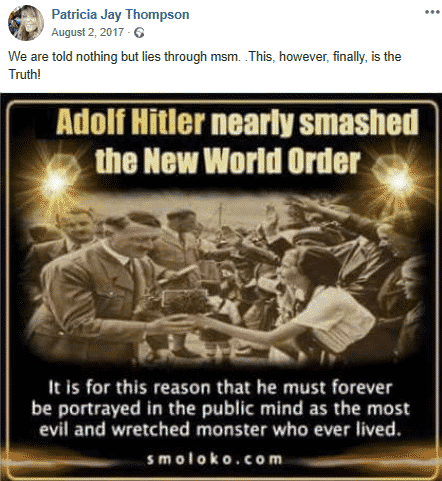 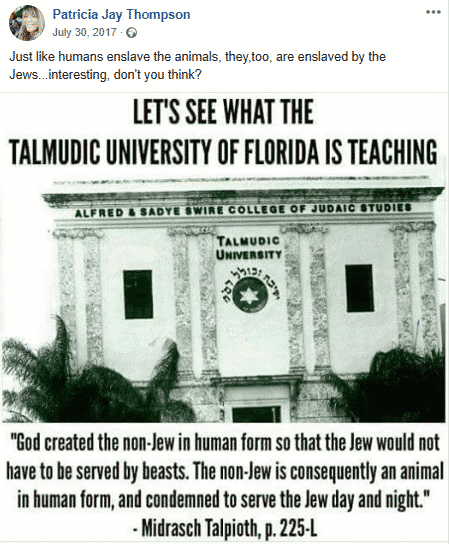 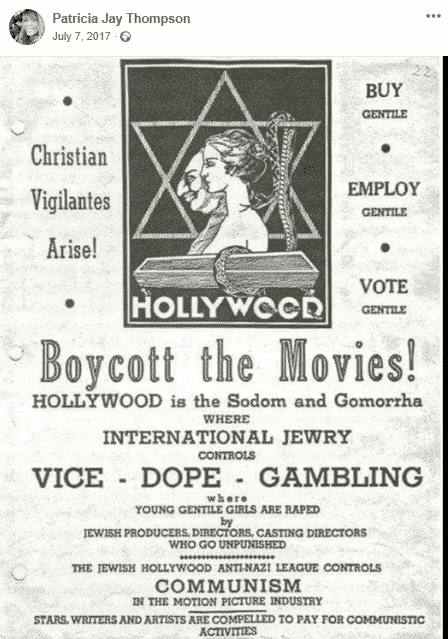 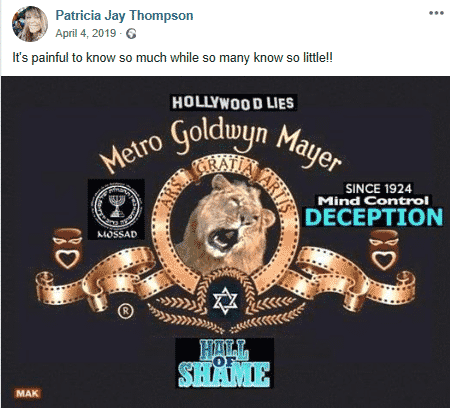 of Jews being behind Communism in the US 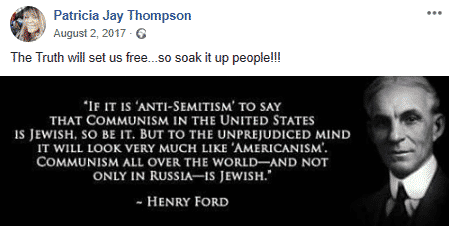 of Jews ruling the world 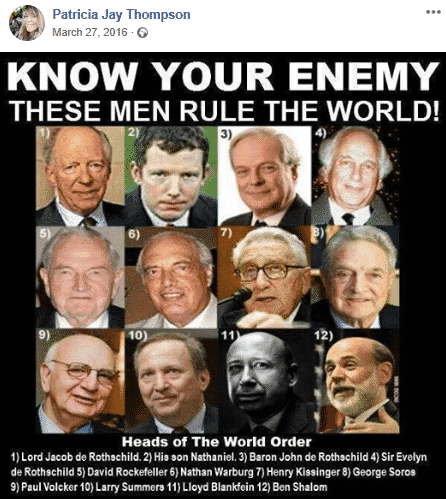 and loves herself a fake quote in order to demonize the Jewish people. 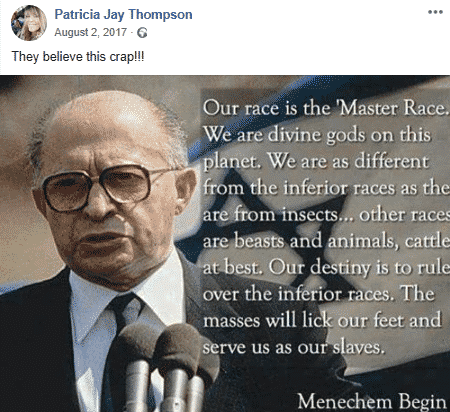 Patricia, thanks for playing Anti-Zionist-Not-Antisemite. Unfortunately, you lose!

Update: Patricia is a crisis counselor/psychotherapist in Red Deer Alberta, Canada (a previous version of my post mentioned she lived in the UK, based on something mentioned on her Facebook profile, but seems this is not correct). Her business name is Patricia Thompson Consulting (hat tip: Michal).

I’d hate to think how she would treat a Jewish person wanting her counselling services.

Update: For someone who hates Jews, she sure seems ok relying on them.

“If the only tool you have is a hammer, you tend to see every problem as a nail.”
– Abraham Maslow

Update: Her company Patricia Thompson Consulting was dissolved in 2013.