Yesterday, I pointed to a post by Israel-hater Younes Arar, in which he defended his friend, Jew-hater Saskia Whitfield, who he claimed was “under heavy attack by Zionist trolls and their supporters trying to discredit her because of her support to our just cause.”

As I mentioned in my post, even a fellow Israel-hater admitted Whitfield is an antisemite, including a screenshot of a vile post of hers in which she glorifies Hitler. 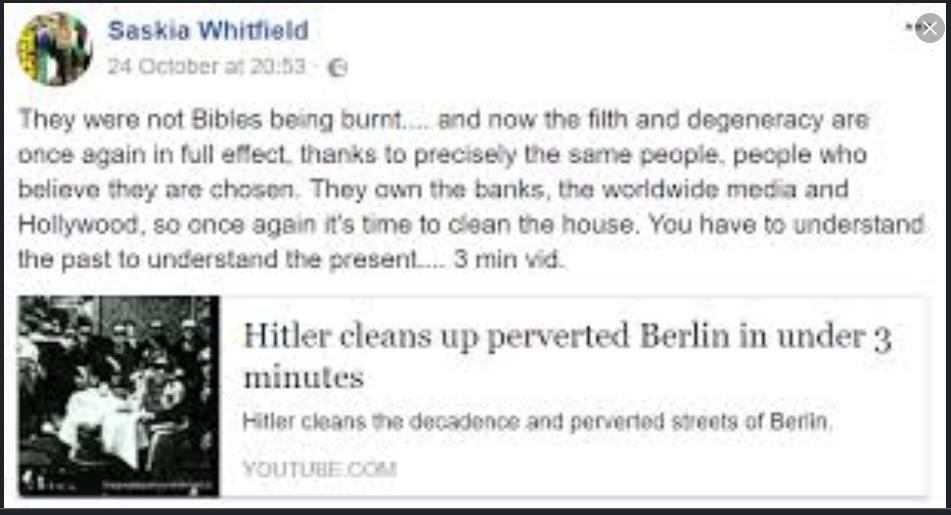 Today, I returned to the post to see if there was anything else there of interest. There was.

I am going with option 1. Because that’s how these people roll.