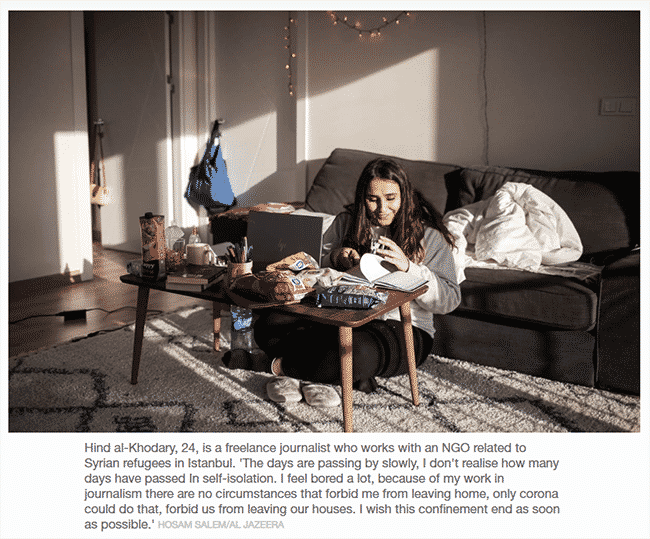 Thank goodness there’s siccing a terrorist organization on to a Gazan peace activist for engaging in dialog with Israeli peace activists to help pass the time.

Confinement can be a real bitch, huh Hind? At least yours does not involve almost certain torture and possible death, as Rami Aman, the peace activist you ratted out to Hamas, does.

Interesting though that she is now located in Turkey. Perhaps she ran there to avoid Hamas.

Update: Khoudary on Instagram: “Virtual meetings are the only way you can interact with your colleagues nowadays.”

Except for peace activists, apparently.