Apparently, yesterday was World Keffiyeh Day, “to show solidarity with the Palestinian cause and struggle.” And given the Keffiyeh is a symbol of palestinian terrorism, we all know what those who wear it mean by “struggle.”

One of those to post in honor of it was (predictably) congresswoman Rashida Tlaib, who tweeted this 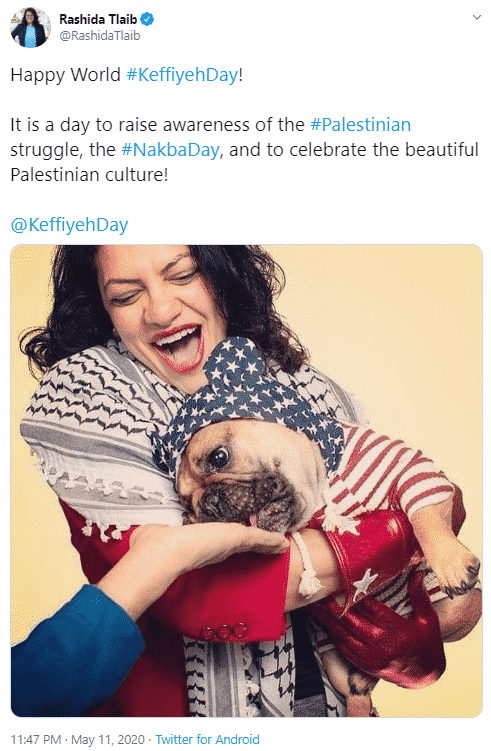 Note that there is also an American flag … draped around the dog licking out of someone’s hand.

I don’t believe this is a coincidence. Remember, she once held up a painting of her wearing a keffiyeh, with the keffiyeh draped around the Capitol building.

US flag draped around a dog.