Terror cafe Reems – which last time we heard was closing down and morphing into something else – is currently providing “shakshuka kits.” 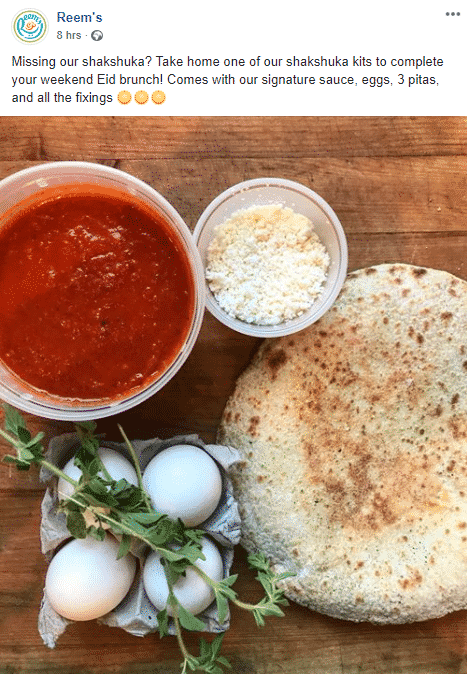 Abu Sarah is a National Geographic explorer and cultural educator, TED fellow and a Palestinian peace activist who has managed various conflict resolution projects across the Middle East.

But he can still be surprised by culinary origins. It wasn’t until Abu Sarah had lunch at a restaurant called Dr. Shakshuka in the southern part of Tel Aviv with a Jewish business partner that he realized that Shakshuka, a popular dish he had grown up believing to be Palestinian, has Jewish roots.

“I grew up 100 percent sure it was a Palestinian dish,” Abu Sarah said.

Shakshuka, a common vegetarian dish in the region, is made of eggs, tomatoes, onions, peppers and cumin. It is originally a Turkish dish with meat, but Tunisian Jews who moved to Israel eliminated the meat. Palestinians picked it up because of its similarity toward traditional Arabic dishes.

Rich coming from someone who claims we culturally appropriate their food.