At the beginning of 1933, it was reported that Emir Abdullah, the ruler of Transjordan, had agreed to lease 17,500 acres of land to the Jews. His reason for doing so? I am sure money had a lot to do with it, but he also stated that he believed there would be great economic benefits for the country, given what the Jews had already done in then Palestine.

Note: I cannot provide a link to the full articles since they are only available to those who have purchased a NY Times subscription. But I have provided screenshots below.

Given the title of this post, plus the fact we all know it never happened, you can see where this is heading. 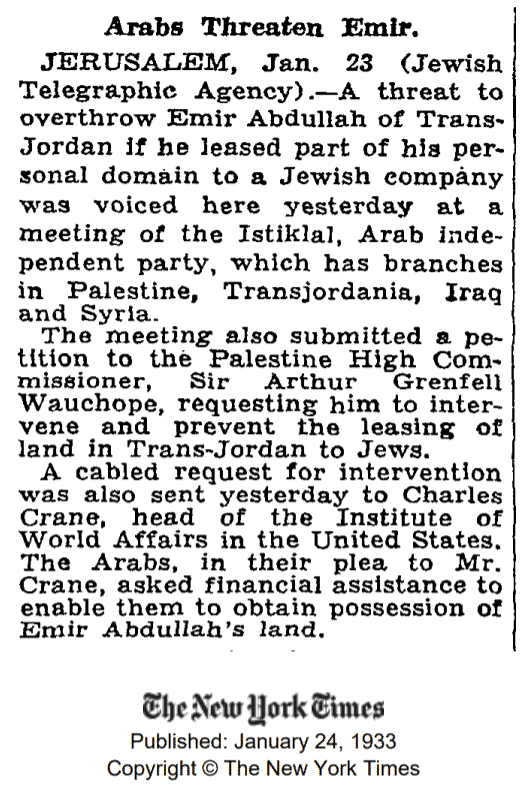 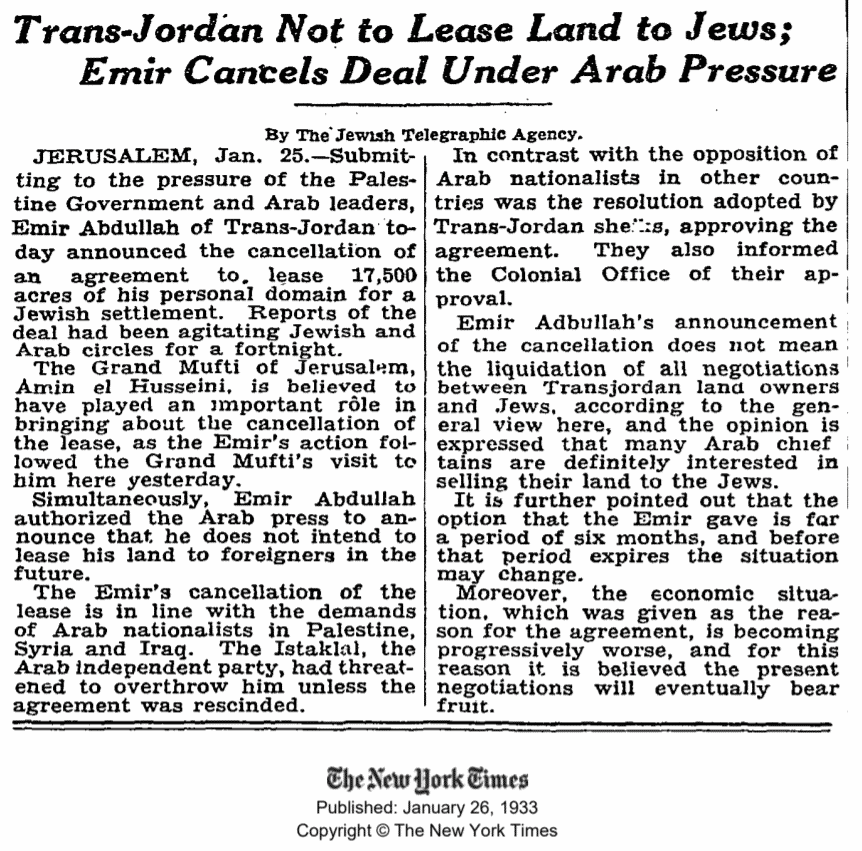 But wait. Shouldn’t the Arabs in Palestine have been for this scheme? It would mean the Jews would move to Jordan, leaving them with more land!

Alternatively, “Palestine” included Transjordan and, anyway, the Arabs did not want Jews anywhere – even if it meant giving up on the prosperity for everyone that the Jews brought with them.