A few days ago, I received the following message from someone claiming to be the brother of antisemite Mary Musallam Davis, whose public posts I exposed here.

Clearly this guy has never read How to Win Friends and Influence People. He continued with the charm offensive, as I let him know he was messing with the wrong person – someone who was not going to give in to threats. 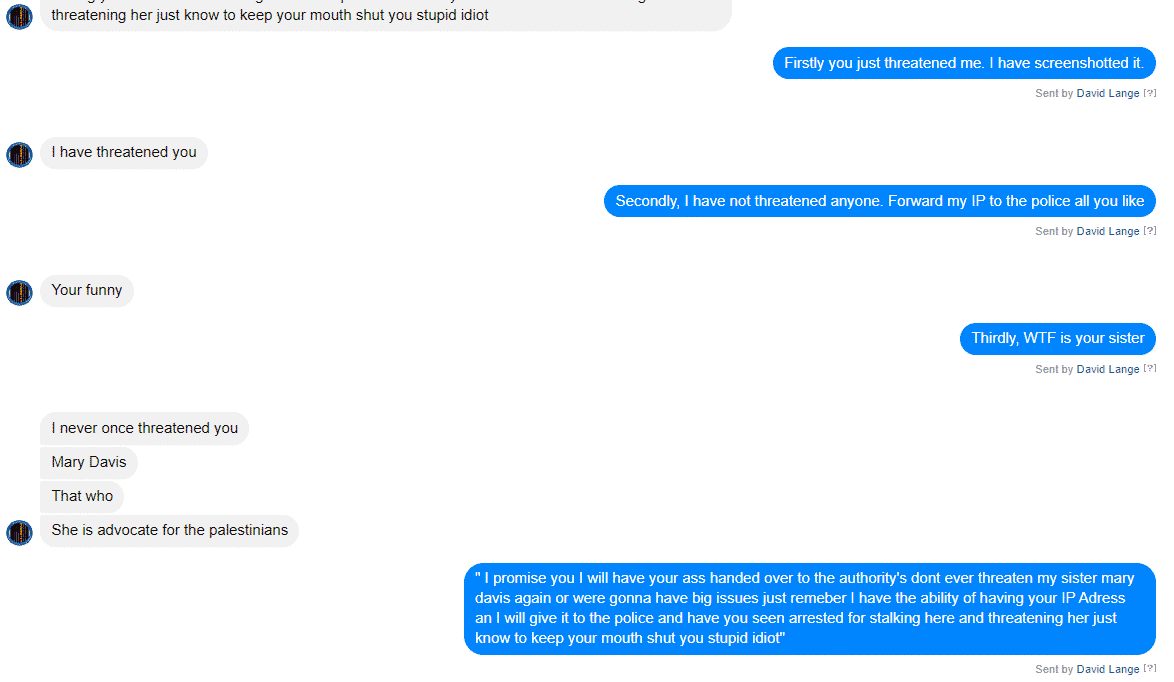 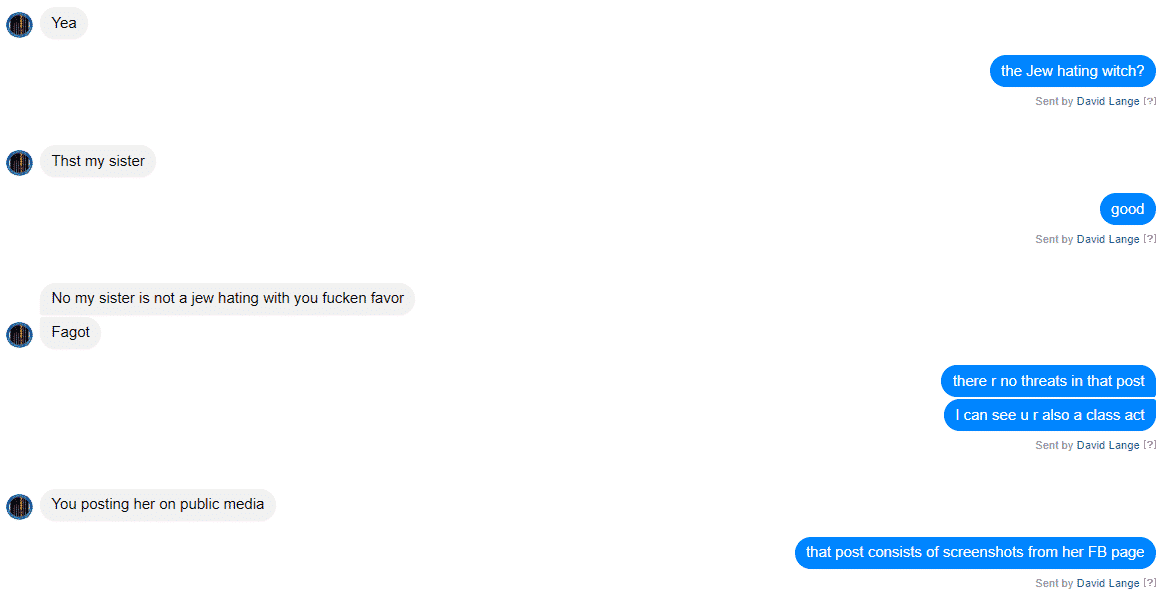 Then after some more slurs, Donald changed tact 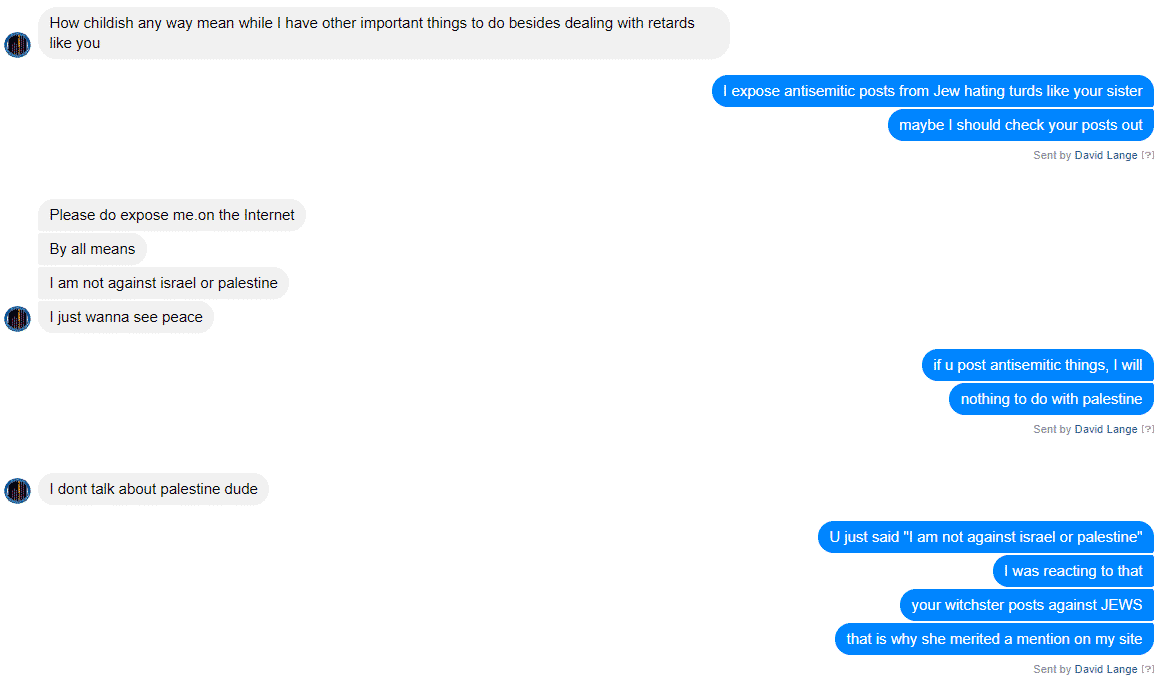 before threatening me again 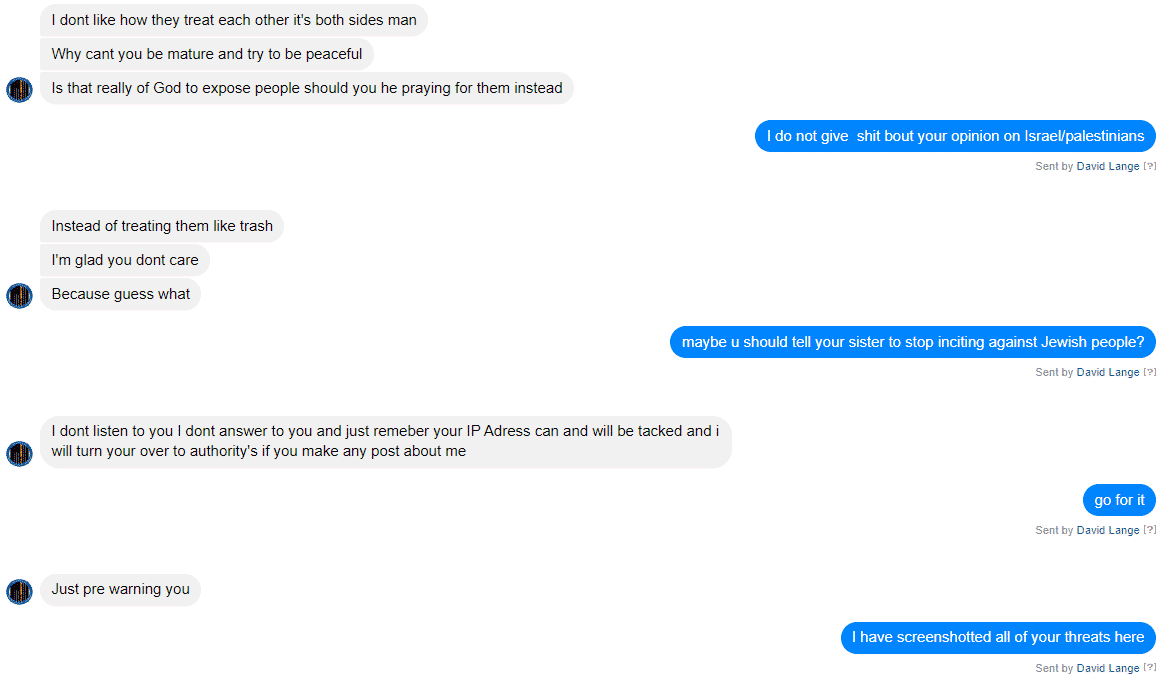 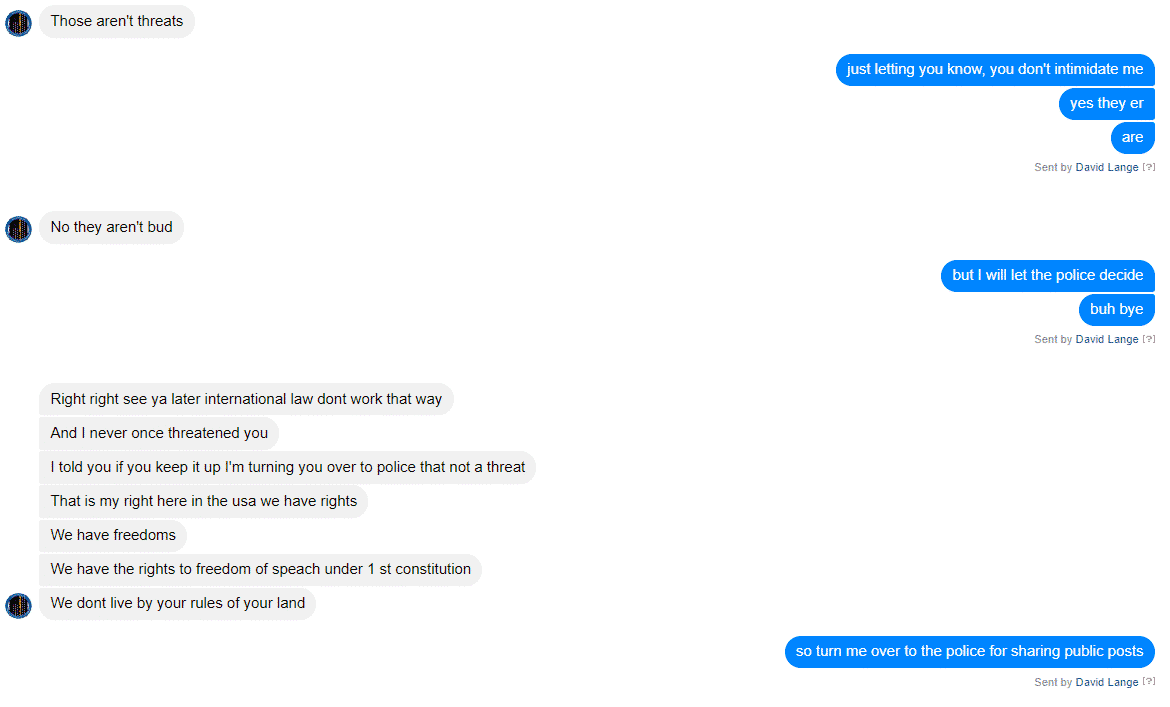 Before Donald the Peacemaker appeared again, quoting scripture and even asking we speak on the phone because he is – wait for it – a pastor. And it seems he wanted to get me to accept Jesus in my life! 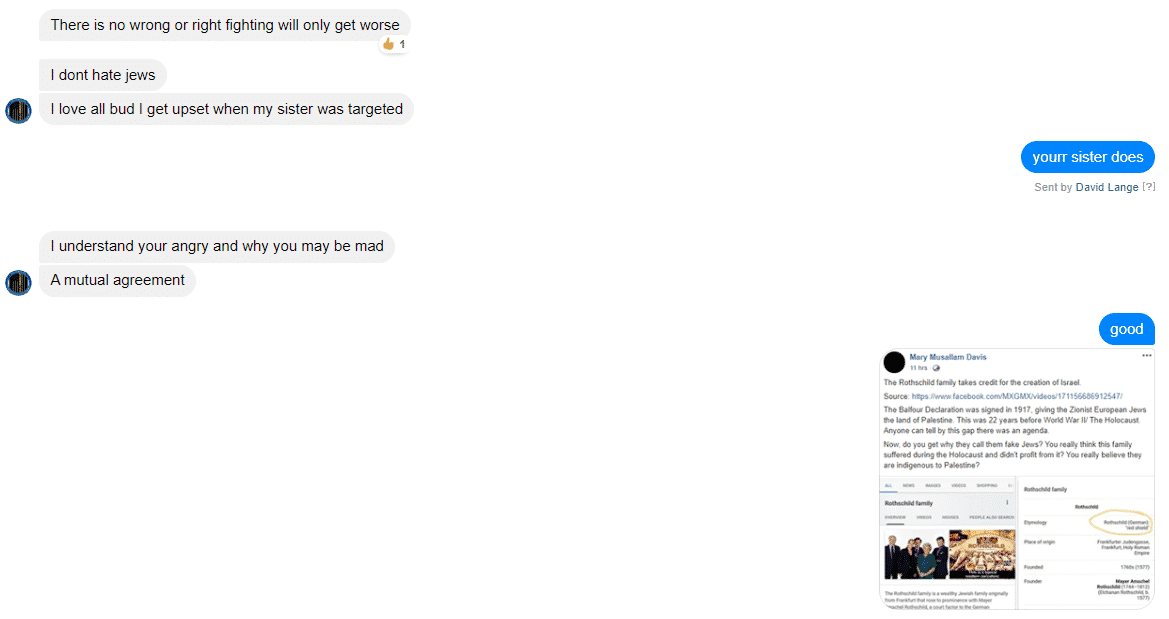 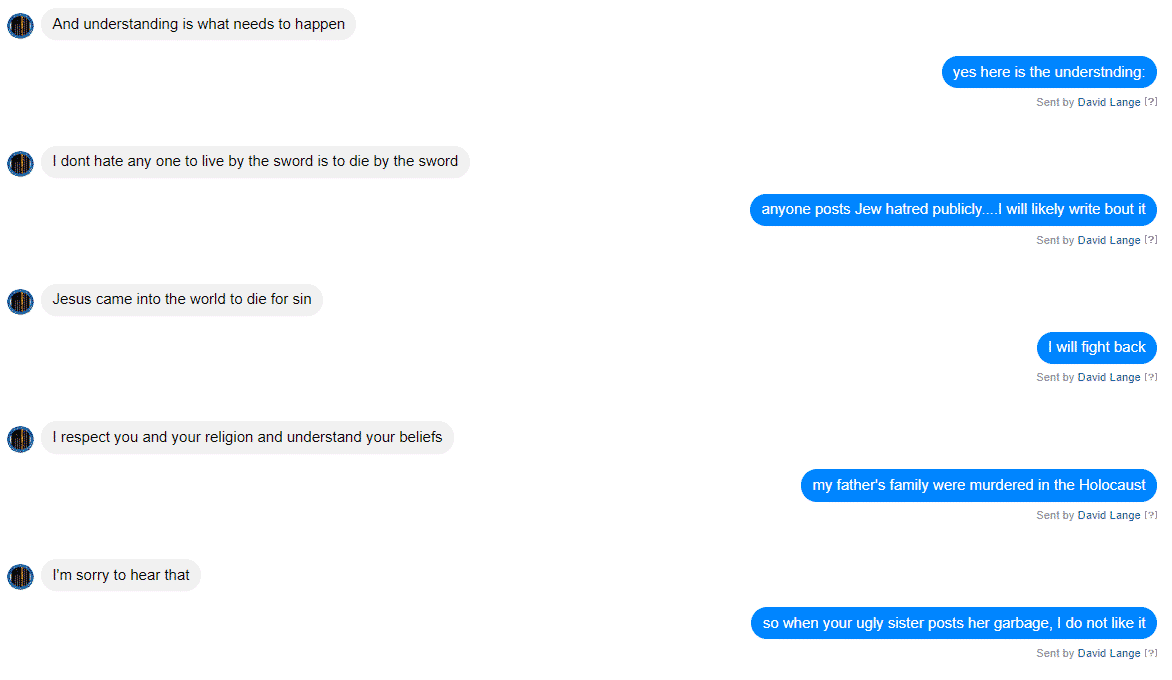 That was a few days ago. Today I noticed that Pastor Don’s peaceful overtures were anything but sincere, judging by this comment to a post by Bryan Wilpitz, another antisemite I exposed 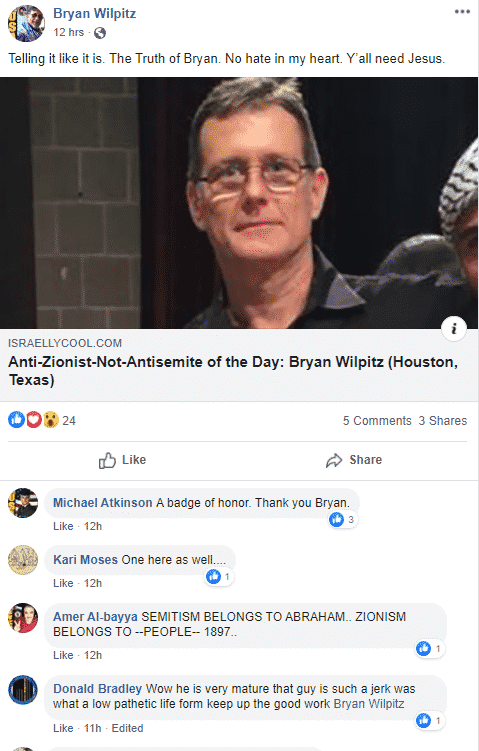 as well as this comment he left for me

I take that as a compliment, Donald. Consider this post some exposure for YOU.