Did a UN Staffer Get It On In the Streets of Tel Aviv?

I do not speak French, but that doesn’t matter. I know what I am seeing here.

Warning: not suitable for children

Since I originally posted this, some eagle-eyed people suggested this may be faked – the UN letters seem to disappear off the car near the end of the video. That was also my initially reaction after being told this and watching it again, so I took down the post.

But I believe it may really be a UN car after all, with the lighting making it look like the letters disappeared as the car moves down the road.

Here is a frame from the video. Note the black marks on the top and side. 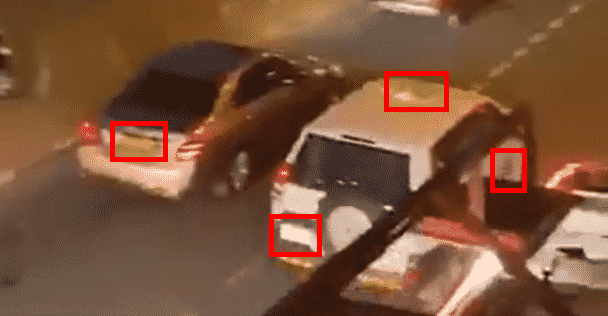 I have also marked the number plate. Note how it looks white, as compared to the yellow number plate on the car to the left.

In other words, I believe this is really a case of putting the united into United Nations.

If so, I very much doubt they would have pulled this stunt in Gaza.