Hamas has begun upgrading its naval commando unit as part of a general buildup of armaments in preparation for the next round of expected fighting with the IDF.

Well, it looks like Israel had also performed its own upgrade on the Hamas naval commando unit. 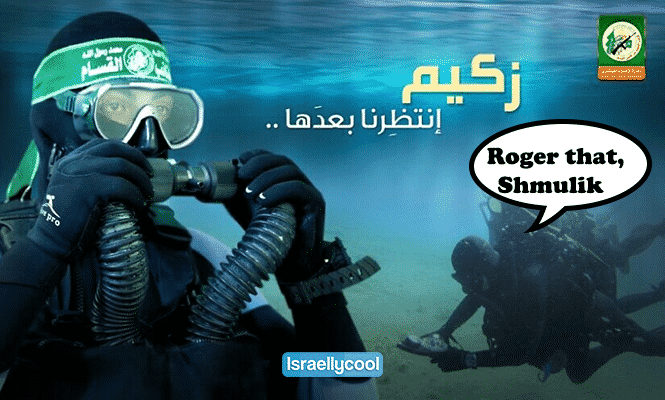 Palestinian terror group Hamas said on Saturday that a senior naval commander in its armed wing, the Izz ad-Din al-Qassam Brigades, had fled the Gaza Strip to Israel after suspicions arose that he was working for Israel as a so-called “collaborator.”

The term is used to indicate a person who is suspected of sharing information or intelligence with Israel.

The official, said to have overseen the group’s divers unit, fled the Hamas-ruled Gaza Strip on an Israeli military boat with a laptop, cash, surveillance equipment, and “classified, dangerous documents,” according to a media report citing “sources” on Palestinian news site Amad media, an organization reportedly close to exiled Fatah commander Mohammad Dahlan. The report was picked up by Israel’s Channel 12 and Channel 13 news.

The report said the discovery sent senior Hamas leaders into a “state of hysteria” as the group launched an investigation and made dozens of arrests in search of additional suspects in the alleged spy network. Some half a million dollars and extensive equipment were seized in an unspecified raid, according to the report.

This was the second senior Hamas commander suspected recently of aiding the Jewish state, the report said. A previous suspect, dubbed “Mahmoud,” is said to have been in charge of communications networks for the Gaza City neighborhood of Shejaiya and is believed by Hamas to have been working for Israel since 2009.

Here’s hoping this report is true.