There is a classic joke that tells of two elderly Jews sitting in a Berlin park during the 1930s. Isaac is reading the virulently anti-Jewish Nazi weekly, Der Sturmer, laughing to himself. ”Isaac!” his Yiddish newspaper-reading friend Simon exclaims. ”How can you read that trash?”

”I used to read the Yiddish press, but all it talked about was Jews getting beaten, expelled from their homes and having their businesses burnt down,” Isaac responds. ”It made me feel miserable. But here in Der Sturmer I read that Jews are powerful and in control of the world, and it makes me feel great.” 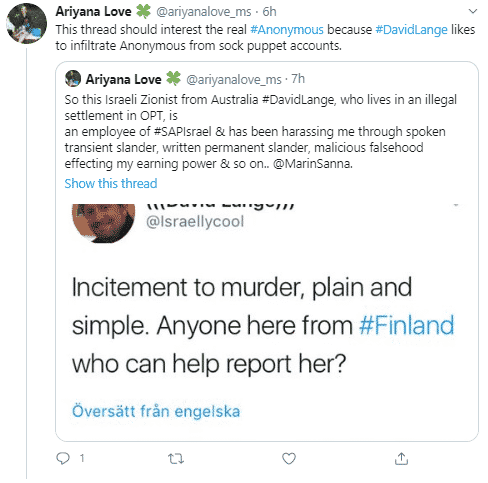 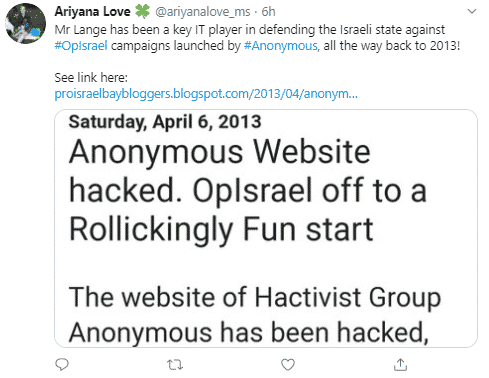 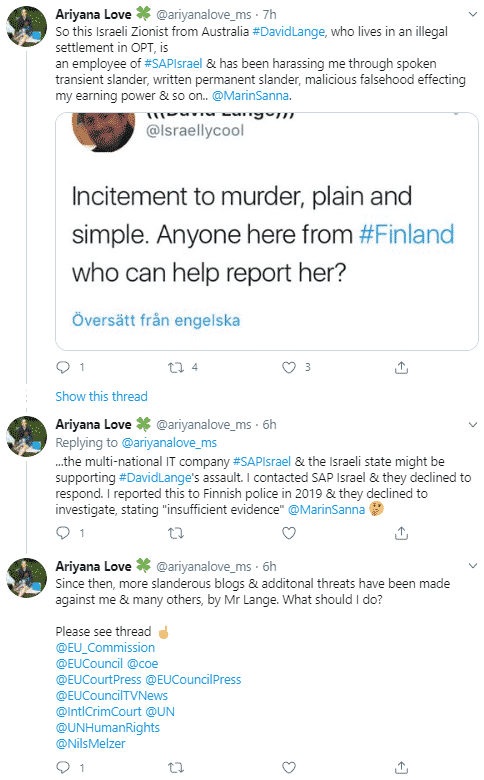 According to her, I am a hacker extraordinaire, receiving salaries both from the company I left last year and the state of Israel, and I am someone so important that the EU Commission, EU Council, UN and International Criminal Court need to be alerted about me.

All her rant is missing is a claim I control sharks with lazer beams.

I’ll have what she’s having.

But seriously, these Jew haters might be deluded, but they are also determined to say anything in order to demonize Jews.