As many of you are aware, I have written about many Jew-haters, especially as part of my anti-Zionist-not-antisemite series.

My main goals in exposing the antisemitism of these people are to:

I never expect the antisemites themselves to react to my posts by being affected to the point of seeing the error of their ways and genuinely regretting their actions.

But there’s a first for everything.

Someone I profiled on here who I will not name for reasons that will become clear, contacted me days go. We’ll call him ‘T’: 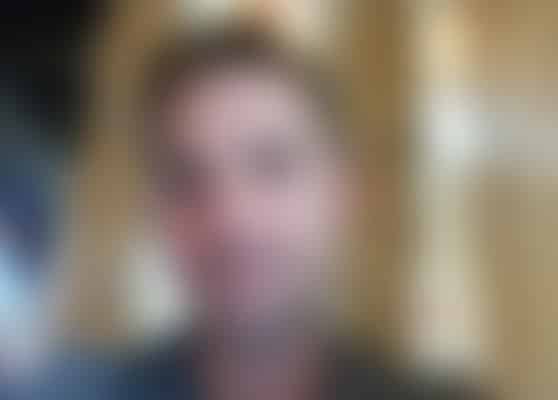 I see that there is a web page dedicated to me, my first impulse is anger but I have thought this through.

To be truthful, I have never once been wronged by a Jew in my life. My opinions have been purely academic, never personal.

Any possible way we can discuss this?

You have never been wronged by a Jew yet have posted some of the vilest stuff about us?

As for you being angry, how do you think I felt when I saw your crap?

At this point, I expected a defensive reply. What I got was this email admitting wrongdoing

I can see your side, everyone is afforded some pride in their heritage.

As I said, this is the first interaction I have had with a Jewish person.

I am sorry you have been offended, that I have posted offensive content towards your people. If you will take down the article, I will gladly go back through my profile and take down any such content – And cease to post said content henceforth. (I will begin doing this regardless as time allows)

Some of us are feeling threatened at this time, I see you have a young family like myself.

Some of these things were said even before my son was born, and some when I wasn’t thinking as a father.

To be truthful I have wanted to stop for some time.

After I asked why they began to post such things to begin with, he responded:

This is not a stance I have held for very long, and as I said I have wanted to stop because at the end of the day it does make you feel hateful.

You will have to trust me that hailing from xxxxxxx, I have never even spoken (at least that I was cognizant of) to a Jewish person until now.

It is my regret that I didn’t stop, truly I told myself and my family that I would.

Again, I am sorry and I have begun taking down such content from my wall.

After a bit more of a back-and-forth, he let me know that “Growing up I read all of Ayn Rands’s books and Ludwig Von Mises(Austrian Economics).” I could not resist.

I fight online antisemitism because I am a proud Jew sick of the hate. My dads family were murdered in the Holocaust. I have found exposing these antisemitic posts is a legal way I can fight back.

I have no way of knowing if you are sincere or just scared that your business will suffer. So here is what I will do. If you publicly on your FB page apologize and denounce antisemitism and racism then I will remove my post. It would be nice if you also learn from this and do more to fight antisemitism and racism.

I reserve the right to put it back up if I find you are lying to me about truthfully being sorry.

Again, I was met with a promising response

I do, (Ayn Rand) – further back you will even find me quoting her. Her talk on the Federal Reserve and Marxism had an effect on me.

I’m sorry about your family, I have never advocated genocide.

However this is agreeable and I will do it.

I have already begun the endeavor to delete any recent offensive posts.

I  can delete, going down the list of objectionable content.All of this is agreeable. I don’t want the black stain of anti-semite on my name, so you will see no more of it from me. Again, I apologize that it has come to your attention in the first place.

Weird to me u knew Rand was Jewish yet posted all this anti-Jewish hate. I am still curious: Why? Why all the antisemitism?

Get back to me after your ban and u can send a link to your apology post. I will then take down my post assuming it seems sincere.

I sincerely hope u use your platform to denounce all forms of racism from now on. That would be a good result.

Yes, I knew she was – but she was staunchly anti-Marxist in Atlas Shrugged, the fountainhead and to a lesser extent, Anthem.

So she had a great impact on my thinking. I started reading about the federal reserve among other things.

So my position has been at its core anti-Communist. And leading up to and during the lockdown I had little more to do than read about this and that – I stumbled upon Henry Fords internationale Jew.

I read it, and admittedly my ideas became more extreme.  I later learned that not all of it is factual, and that he apologized for it.

It doesn’t feel good to be hateful. I know your people have a long history of persecution (I am not a denier). This situation(riots) has me at unease, and Freud(I know) said fear begets anger. I acted foolish and rash, and I apologize.

I just want to be done with all of this. You will not observe me saying these things again.

But I wasn’t done there.

What about the anti-Black stuff?

Also I never heard that Ford renounced his antisemitism.

Just so you know, Ford’s book is based on a book called the Protocols of the Elders of Ziyon. It is a Russian fabricated antisemitic text.

Jews are not trying to take over the world. We do not run the banks etc. I even have a mortgage. We just want to live like anyone else, free from hate.

As I said, you have a real opportunity here to learn from this and use your platform to oppose antisemitism and racism now.

I am not anti-black, only anti-Communist. There are some fine African Americans speaking out against Antifa, like Terry Crews or Charles Barkley off the top of my head.

You’ve probably heard about the anti-Semitic (and anti-white) remarks coming from the likes of Nick Cannon or Ice Cube lately. It seems Louis Farrakhan, who is not a friend to either of us – has a lot of influence on these people.

Yes, I’ve since become knowledgeable that the protocols of Zion are a forgery.

It’s been helpful to put a personality to a Jewish person, as I said – truly I never met one of you. And our correspondence has been reasonable, I didn’t think you would give me the time of day. You seem the average family man, proud(rightfully) of his heritage.

I think we all want to live normal lives, free from persecution. I would never want to see a person persecuted for their faith or creed, that’s not America(It’s not right period). Recent months have put everyone on edge, and I’m thinking that you’ve been seeing rising anti-Semitism – and I can understand how this would be alarming. Driving home today I thought about all of these things.

As for myself. I really don’t want to promote the division anymore. I’m going to abstain from politics for a time, as it has had a negative effect on my life overall. Not just your post on me, but it has caused problems with friends and family – and even my wife who was not in accord with how extreme my views were becoming. I’m thinking going forward I’ll just be posting photos of my family and avoid the divisive topics.

Where I can, I’ll post unity. Of course, I’m hoping at some point you will take down that post – I don’t want to be associated with all of that; and to reiterate I am sincerely sorry and I hope you do believe me

PS. Looking back, there were many prominent Jews within libertarianism. Murray Rothbard, Milton Friedman, Ludwig von Mises and more. Infact, the VP on the ticket this year happens to be half Jewish. So I was perhaps misguided in defaming the very people who had a big part in creating the ideology I have subscribed to for most of my adult life.

At this point, I really do believe he is being sincere. More importantly, I believe in repentance (teshuvah). If people cannot change their views, then what is the point in writing what I do? (and I don’t just mean the anti-Zionist-not-antisemitic stuff).

Yes, I promise I will link you in 18(?) or so days when my account should be active again.

You can use my words certainly, but if you will keep my identity anonymous I would appreciate it.

I’m glad that we made something good out of this, you’ll see no more hatred from me.

Here’s hoping I am right about T’s redemption and he is just one of many.