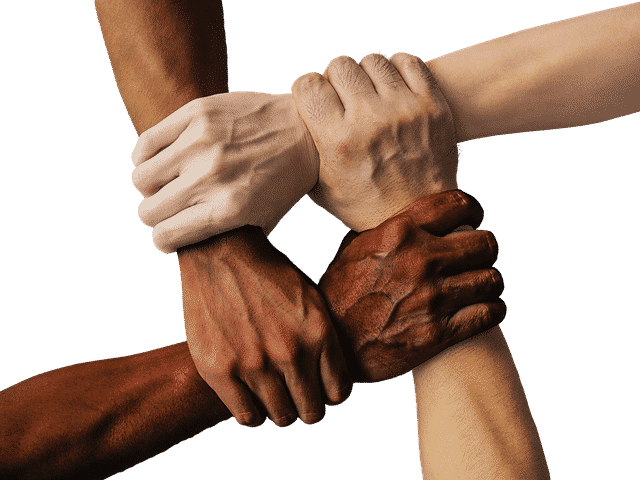 I once had an argument with a friend in Eighth grade. She was my very first friend in the United States. I had moved from Iran a year before when she and I became friends. I sat next to her in my English class and from that day on we were inseparable. But one day, for reasons that escape me now, we had a huge fight…the fight of all fights and stopped speaking to one another. After a while, it became so uncomfortable and the thing we had fought about seems pointless and forgotten…the issue became who was going to take the next step towards reconciliation. Like most arguments and grudges, this took lots of energy. We avoided one another in the hallways and sat at opposite sides during lunch. I changed the way I walked to class, and she later confessed to doing the same. After a while, our silence became the thing that separated us, more than the actual cause. At the very end of the school year, we finally made up and all the time that we had wasted not talking seemed pointless.How much time was wasted…

Racism, biases and grudges are not what afflicts that are less morally enriched than the rest of us…the truth of the matter is that hatred is not a disease that only inflicts fanatics, terrorist and social outcasts. It is however the great equalizer. The thing that can fill the veins and souls of even the most kindhearted individual within our midst.

Racism, biases, grudges and jealousy are eating away at the very core of what it means to be a community, and a thriving society. Heated discussions about mask wearing, school opening, cures and effectiveness of medicines for corona are tearing us apart.

And as we look back on the destruction of the Holy of Holies, not only we are reminded yet again of the dangers of antisemitism but also what happens when a society doesn’t stand together. Aside for the troubles caused by the external powers that lead to the destruction of the Second Temple, the Jews were also plagued internally by tumultuous politics, and divided into many factions—a phenomenon that ultimately led to the Temple’s destruction and our nation’s torturous exile.

So, on this Tisha b’Av of 2020 perhaps the phrase “united we stand, divided we fall” is more poignant than ever before. And how imperative it is that we act as “Am Israel” the people of Israel, because the essence of community lays in the togetherness of it people.