Brother of Thug Yazied Assad: I Refuse To Have This Idiot Bring Me and My Family Down

Earlier today, I posted about vile thug Yazied Assad, who bragged about snatching a Jewish man’s kippah and his intention to wipe his ass with it. He also compared Jews who love Israel to the KKK and ISIS.

I revealed he had worked for his brother Faried’s restaurant Brooklyn’s HomeSlice Pizzeria, and suggested that since Faried has had good relations with the Jewish community, “alert him to his employee’s hateful conduct, rather than promoting a boycott of his business or anything of the kind.”

Some of you did not heed my call, and left bad reviews on Yelp. What this did, accomplish, however, was letting us know exactly where Faried stands on brother Yazied. 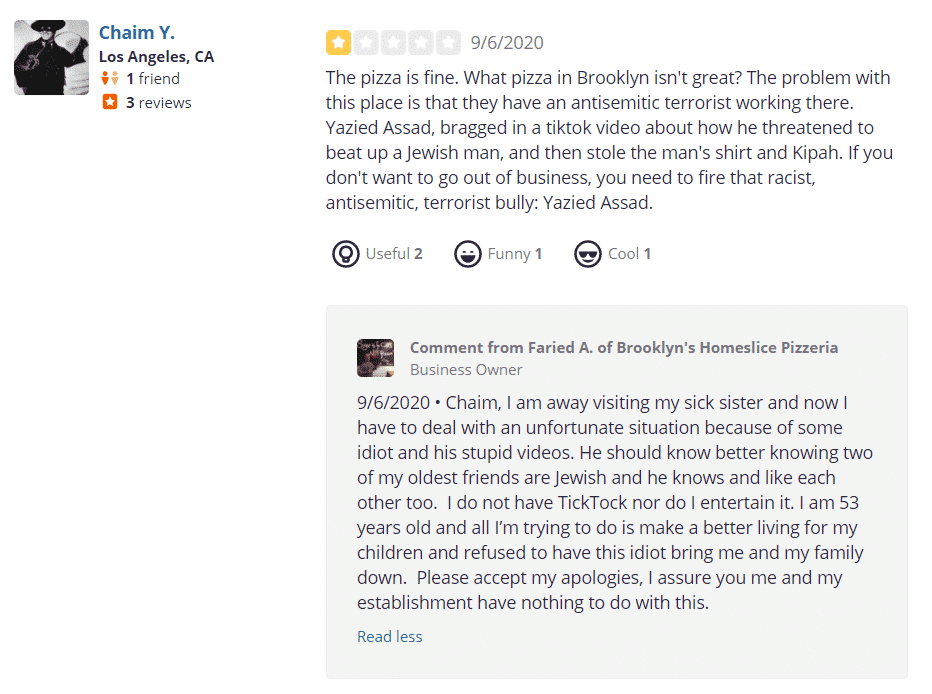 No excuses. Just an apology and condemnation of his “idiot” brother.

Please leave Faried – who seems like a decent guy – and his business alone, while spreading the word about Yazied.

Update: According to this comment by Faried, Yazied no longer works there. 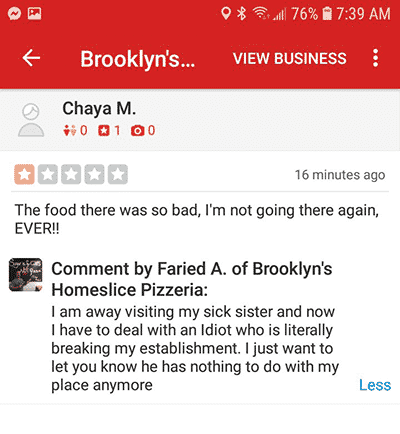 Update: Faried has posted more on the restaurant’s Facebook page