More About That “Apartheid” Soccer Match Between Israel and Scotland

Following my post earlier today regarding the protests in Glasgow before the UEFA Nations League game between Israel and Scotland, some of the haters held banners saying “Fight racism” and others decried “Israeli apartheid”.

This is the team whose attendance they were protesting: 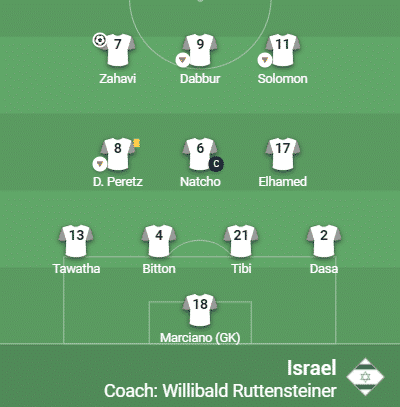 In addition, the full Israeli national team squad includes Joel Abu Hanna, who has an Arab-Israeli father and German mother.

Incidentally, Israel’s goal was from a quick 1-2 between Jewish Eran Zahavi and Muslim-Arab Moanes Dabbur.