Yazied Assad, a Brooklyn man, states on #tiktok he snatched a #Jewish man’s kippah away from him and is going to wipe his ass with it. pic.twitter.com/CKRuVv9ETN

He is an asswipe alright.

He also seems to work for Brooklyn’s HomeSlice Pizzeria 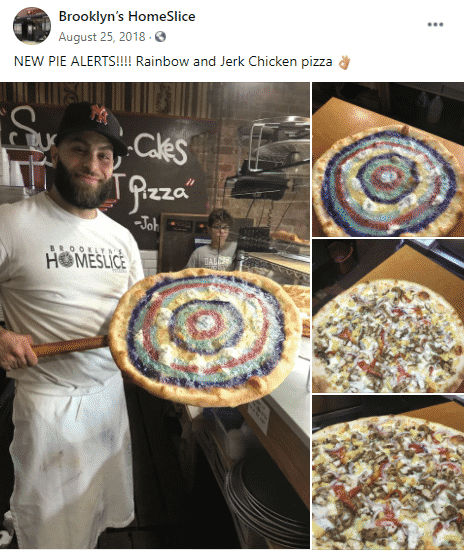 And here’s the really disturbing part. It is located next to a Chabad Jewish Center.

This seems to be Faried, second from left in the below photo taken from the pizzeria’s website 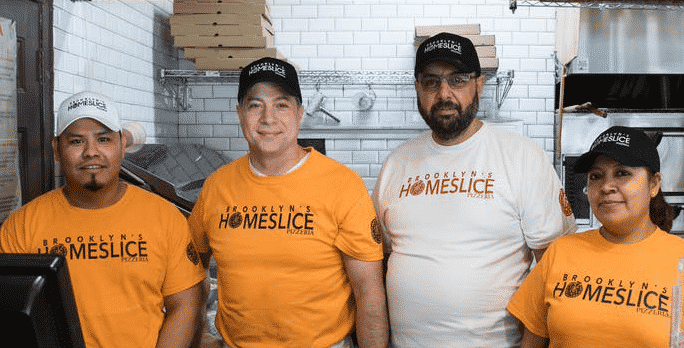 Faried seems to have had good relations with the Jewish community, who have supported his businesses over the years, so I suggest you alert him to his employee’s hateful conduct, rather than promoting a boycott of his business or anything of the kind.

Update: Yazied compares Zionists (at least 90% of Jews) to ISIS and the KKK

I fear he may pose a danger to the Jewish community.

Update: Faried has condemned his “idiot” brother, who he says has not worked there for a long time.