A Letter to SFSU President Lynn Mahoney, By One of Leila Khaled’s Hijacking Victims

Almost a week ago, I was one of the first – if not the first – to post about the Arab and Muslim Ethnicities and Diasporas (AMED) Studies at San Francisco State University hosting a Zoom discussion featuring notorious palestinian terrorist Leila Khaled. A few days later, and I posted the disappointing response by SFSU President Lynn Mahoney.

One of the survivors of El Al flight 219 – which Khaled hijacked – has penned this heartfelt letter to Mahoney (hat tip: Tirza) 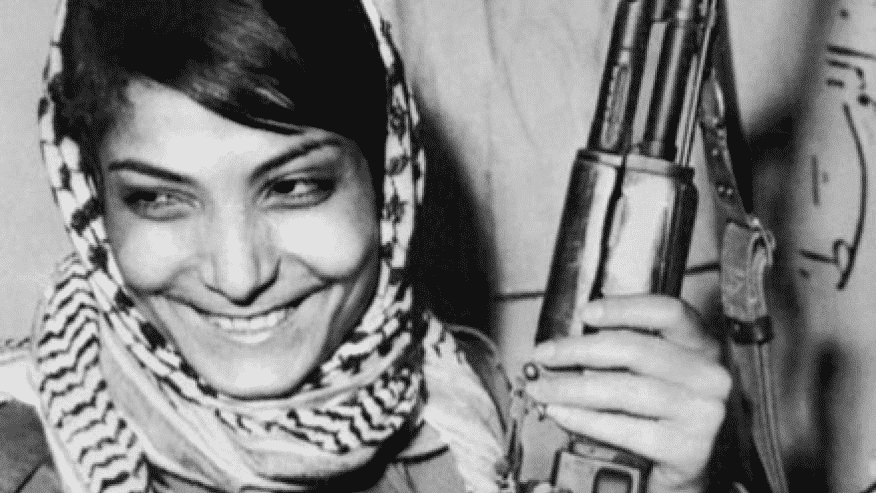 My name is Rodney Khazzam. I am an American, born and raised in New York. I have lived in the United States my entire life.

I was on El Al flight 219 on September 6, 1970. Today happens to be the 50th anniversary. You might wonder why anyone would consider the date of a flight as some sort of anniversary. The answer is quite simple. Flight 219 was one of the planes that was hijacked by Leila Khaled.

Leila Khaled sat just behind me, my sister, my father and my pregnant mother. Several minutes into the flight, over international air, above the English Channel, Leila Khaled (and her partner) stood up from directly behind us and began her flight of terror. Her intent was to kill every passenger on board, whether by taking the plane down in a crash, or by diverting the flight to a desert in Jordan. She had no discretion in her attack. She was not taking revenge on anyone onboard. The flight was bound for New York from Amsterdam. This attack was not for freedom, but rather for murder. This was not a plane full of oppressors. This was not a war plane. This was a civilian passenger plane, full of innocent civilians, including Americans like myself.

I wonder had any of the hijackers on 9/11 survived, if 30 years from now it would be considered educational to have one of them lecture young students at a university. Would you express support for a 9/11 hijacker to speak at your school? I fail to see the difference.

Leila Khaled attempted to kill me, an innocent, civilian child at the time. I am alive because of the heroic pilot who thwarted the hijacking. Her partner in crime was killed on the plane by undercover marshals right in front of me. She was captured by the same. When she realized she was being captured and her plan was being foiled, she detonated a grenade and indiscriminately attempted to set if off onboard. By sheer fortune, all her attempts failed. She was taken into custody and convicted in the United Kingdom, where we safely landed. She was ultimately released as a political swap bargain.

I recognize your thought pattern that a university is a place for viewpoints and non-censorship. I understand the need to exchange ideas and to have various sides be heard. But at what length? At what expense? To what degree? Is there something to be learned from a convicted international terrorist that cannot be learned elsewhere? Again, would you have allowed a 9/11 hijacker to speak to your students had one survived? Can you imagine the backlash? This is no different. I urge you to reconsider allowing this to take place. Teaching students that terrorism and hijacking planes filled with innocent people, will grant you the honor of speaking to students at universities in the United States of America is wrong. It’s quite clear that there are thousands of well spoken people that could represent her same plight. The only reason she is being chosen to speak is because she is a murderer/terrorist. That is her claim to fame. She has nothing else to offer on the subject You should not justify her presence as “nurturing” for students or as “socioeconomic and cultural” acceptance. There must be some decency when applying those reasons.

If this does not persuade you in any fashion to cancel her, then I would appreciate the opportunity to join the discussion on the 23rd and reintroduce myself to her.

Thank you for your time,
Rodney Khazzam