A Yom Kippur Unlike Any Other

We had travelled only a little less than five hours, yet the land where we stood held a stark difference from where we had just come.

As onlookers watched a group of wide-eyed immigrants descend the Austrian airlines plane to the Vienna International Airport, we were surely as strange a sight to them as as they were to us.

We had done it.

We had left our home land, a place where so many of us were persecuted, tortured, and lost so much of our selves behind. We were a five-hour plane ride away from a place that had shown us over and over again how much it did not appreciate our existence, our morals, our values and our traditions.

September 28th 1990 was the day that I left the country of my birth behind and landed in a county that had, at one point in its history, housed and educated the leader of the Nazi party. As I look back all these years later, the irony is not lost on me that in order to seek refuge for a better life, we had to put our trust in a county that had willingly rid itself of the majority of its Jews during World War II.

September 28th 1990 was significant in another way.

It was Erev Yom Kippur.

As we descended that plane, member of the Hebrew Immigration Aid Society greeted us, impeccably dressed blond men held signs and wordlessly directed us towards our new life. It was a bright sunny morning, and we were escorted to a large van to take us to the HIAS offices to help us get settled in with a place to live, and wait.

Wait in a foreign land, seeking help from strangers, who were going to ensure that we successfully secure asylum in the United States.

That day, September 28th, was perhaps one of the longest days of our lives.

Dazed and confused, we still craved the place that we had just run away from, faces of loved ones left behind still haunted us, too many goodbyes not final, and too many gaps begging to be filled still. We put our trust in the hands of strangers who’s broken English matched our broken hearts.

At seven in the morning our plane landed in a new land, and again, we were strangers in a strange land.

I remember looking up at the bright sky, as I pulled off the head covering that I had still had on. I looked on towards the sky, to the future, to the life ahead.

That Erev Yom Kippur, we snacked on the meager foods that we had been allowed to bring with us and as sundown approached on the holiest day of the Jewish calendar, we were still scattered across the grimy floors of that office, awaiting out fate.

The lavish Yom Kippur meal that we had been so used to was nowhere to be found; the last cup of tea desperately missing. The hustle and bustle of getting ready for the Kol Nidre services was replaced by the rushed efforts of the office staff to secure last minute housing for the twenty or so new immigrants that had landed at their front door that very morning.

The Yom Kippur was the very first – and last- that I ever missed a service.

What a year that was. A Yom Kippur unlike any other. 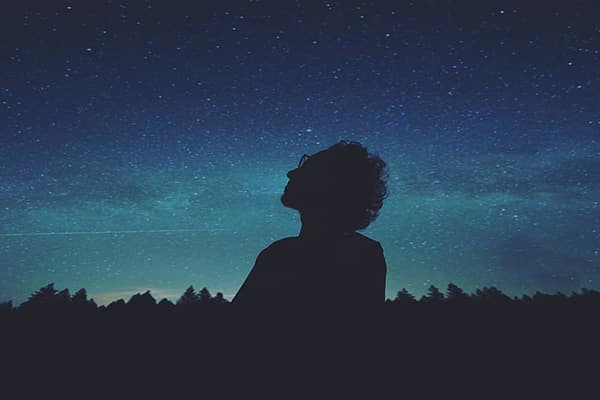 And on this Yom Kippur of 2020, a year that has been unlike any other, I find myself thinking of that day so long ago.

After our day long slumber, we all awoke to look outside, dazed and confused, having lost track of time and space. And we did the only thing we knew: opened the windows to search for a sign from the one above. And slowly, one by one, we saw the stars…

And just then, a faint sound of the shofar could be heard from a distance.

And we knew that we had made it.