SFSU Professor: “We Really Idolize Somebody like Leila Khaled..Somebody Who Actually Goes to a Plane and Hijacks It”

This is what Rabab Abdulhadi, director and senior scholar of SFSU’s Arab and Muslim Ethnicities and Diasporas Studies program, who organized the ill-fated online seminar with terrorist Leila Khaled, had to say about her: 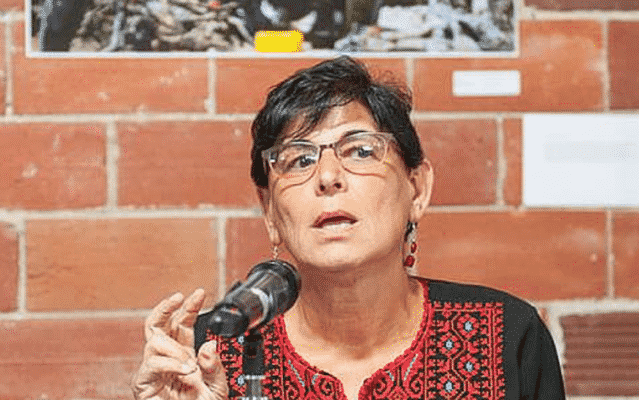 “We really idolize somebody like Leila Khaled, somebody who actually stands up for herself, speaks for herself, actually goes to a plane and hijacks it … It’s very interesting because in her film [“Leila Khaled: Hijacker”], she says that it was easier to hijack a plane than to teach a class,” Abdulhadi said. “And somebody, the film director, says to her, ‘Why is that?’ She says, ‘I go to a class and tell the students to be silent; they don’t listen to me. But when I’m on the plane, and I say [to] be silent, everybody listens.’ And to me, it was kind of like it rang a chord with me.”

If it doesn’t trouble you this individual is a professor at a US university, I don’t know what will.

Did I mention she also granted an interview with Press TV – the Iranian state-owned Press TV?