A Rare Moment I Agree With Saeb Erekat’s Recommendation

Regular readers will know there is hardly anything that comes out of Chief Palestinian Propaganda Minister Saeb Erekat’s mouth I consider worthwhile, let alone true. But even a broken clock is right twice a day. 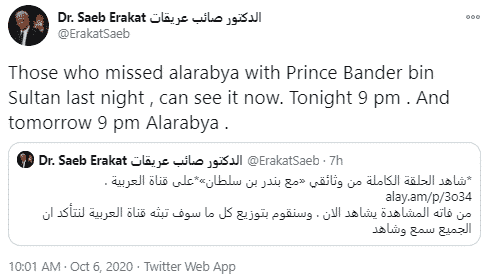 I agree, Prince Bandar bin Sultan, although far from being pro-Israel, really ripped the palestinian leadership. Here are some of the things he said::

I agree, Saeb, people should watch the interview, although I am not entirely sure you did!