Remember when Sky News Arabia removed a “Palestine” poster that was on the wall behind a guest, who appeared on the channel?

That was apparently just a drop in the bucket.

A Saudi-funded TV channel temporarily removed an historical drama about “Palestine” from its streaming service. 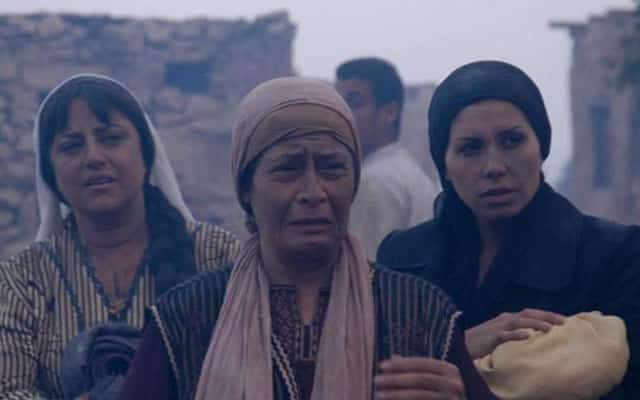 Saudi-funded TV channel MBC temporarily removed an acclaimed historical drama about Palestine from its streaming service, in a move that has been described as “gasping towards normalisation” with Israel.

On Monday, social media users noticed that al-Taghreba al-Falastenya (The Palestinian Exodus) had been removed from Shahid.net, the on-demand video streaming service for Saudi-funded and UAE-based media network MBC Group.

The 31-episode drama, which aired throughout the Muslim holy month of Ramadan in 2004, was filmed entirely in Syria and produced by Syrian Art Production International.

The series followed one Palestinian family and their struggle for survival across four decades, beginning during the British Mandate over Palestine in the 1930s. It goes on to depict the 1936-39 Arab revolt against the British; the Nakba (catastrophe) in 1948 when over 700,000 Palestinians were forcibly displaced and 15,000 killed during the creation of the state of Israel; and the 1967 war, which resulted in Israel occupying all of historic Palestine.

The Palestinian Exodus is considered to be one of the most famous and critically acclaimed Arabic-language dramas about the Palestinian cause ever made.

Awwad was among those outraged at MBC’s decision to remove the programme.

“My question to Shahid.net is, why did you delete al-Taghreba? Does the word ‘Palestine’ or ‘truth’ scare you?” the actress said in a video address.

“The Jordanian people support the Palestinian cause, and if no one remained to defend Palestine, we would continue to say Palestine is a right and an Arab state from the river to the sea, and we are with the resistance until we return to Palestine.”

Ramy Abdu, a law professor and human rights advocate born in the Gaza Strip, denounced the show’s removal as a “new phase” in the process of normalising relations between Israel and Gulf Arab states while “demonising the Palestinians and their cause” in the process.

Another Palestinian Twitter user said that this was the latest example of “TV channels, newspapers and websites … preparing the ground for normalisation with the Zionist enemy and a complete coup against the Palestinian cause”.

The incident came amid a string of recent erasures of Palestinian issues from Arab television programmes, coming on the heels of recent agreements signed between Israel, the UAE and Bahrain – with other states, including Saudi Arabia, believed to likely follow suit.

In a reply to a comment criticising the streaming site, Shahid’s Facebook account wrote: “Please note that the series The Palestine Exodus has ended on our platform, and because we respect our contractual obligations, the series has been automatically and electronically excluded.”

It said that in appreciation of comments and interests from social media users, it had “requested an extension of the series’ broadcast period from the production company”.

And more seething as an Egyptian TV channel DMC appeared to remove a segment from an interview in which actor Ahmed el-Sakka sang about the protection of Palestine, when asked what his favorite song was.

Here’s a song for y’all