Palestinian Propaganda Page Claims ‘Good Samaritan’ Israeli as Their Own

Today, they posted about a young palestinian man who cancelled his wedding party, and used the money to buy hundreds of food parcels, which he then distributed to needy families. 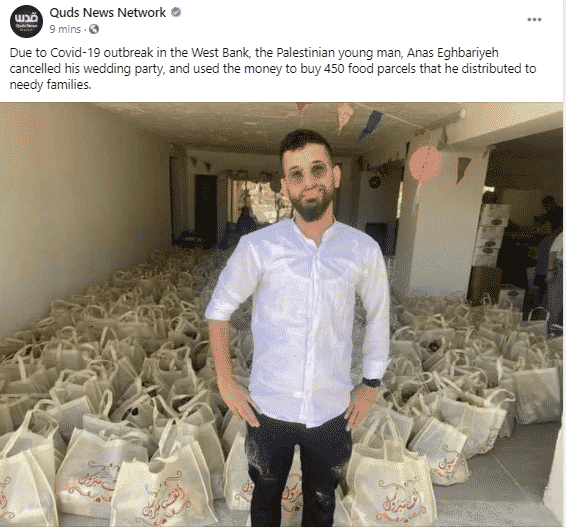 Except they changed and omitted some details.

Anas donated not just to Arabs but also Jews. And he is not a palestinian Arab, but rather an Israeli-Arab from Umm al-Fahm, which is in Israel proper.

Because of the proximity to the border of the West Bank, the city is named very often as a possible candidate for a land-swap in a peace treaty with the Palestinians to compensate land used by Jewish settlements. In a survey of Umm al-Fahm residents conducted by and published in the Israeli-Arab weekly Kul Al-Arab in July 2000, 83% of respondents opposed the idea of transferring their city to Palestinian jurisdiction