Belal was shot in his car near an Israeli military checkpoint in Huwara town in Nablus when he was expected to drive from home to his workplace on Wednesday.

Belal was a legal consultant in the Palestinian Authority’s Preventive Security Service in the Tubas district, and lived in a village outside Nablus.

The Palestinian Red Crescent said that the Israeli occupation forces prevented them from giving first aid to Rawajba, and that his body is in Israeli custody and could not immediately be retrieved.

Belal became a father to a daughter two months ago. With Israeli occupation forces bullets, his daughter, Jwan, becomes an orphan now.

The photo accompanying this and many other such reports is of the man holding his newborn baby. 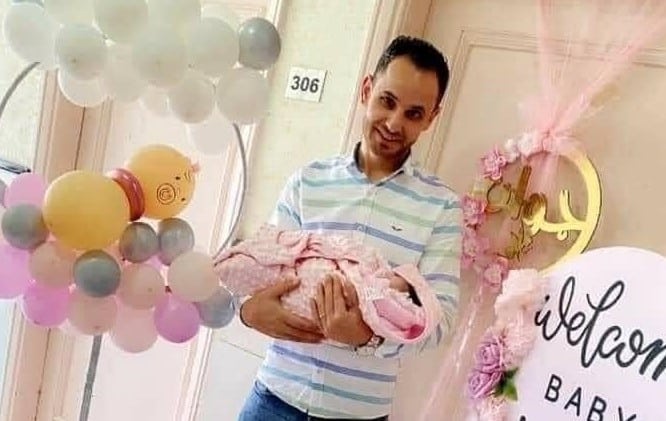 The IDF alleged he had opened fire at troops first.

The first clue that the IDF was probably telling the truth and QNN and others lying was this Facebook photo of the man posing with two of his other “babies.” 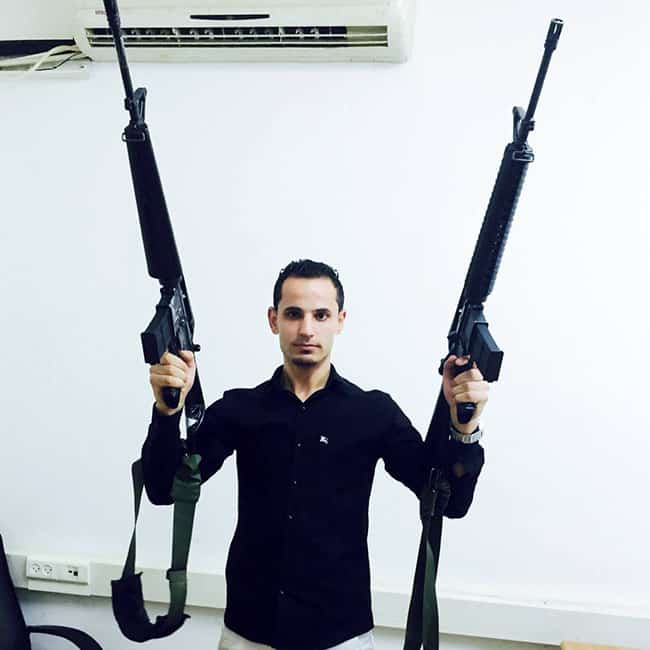 Here is your ‘innocent’ terrorist approaching a checkpoint and opening fire on the IDF soldiers. Bella al-Rawajba was nothing more then a Palestinian terrorist who challenged the IDF and lost! pic.twitter.com/zFx1LvF2ll