Boycotter Attacks Me for Promoting Boycott of Another Boycotter

An anonymous Twitter user called Dublin Activist Palestine describes him/herself as “Actor/Director BDS Palestine Irelands32 OccupiedTerritoriesBill.” In other words, they are a BDS-hole.

They have attacked me on Twitter as “hasbara dirt bags” (yup, they think I am multiple people apparently).

But the really funny part?

They take offence at me for – wait for it – “demonisation, viciousness, & incitement to boycott!” 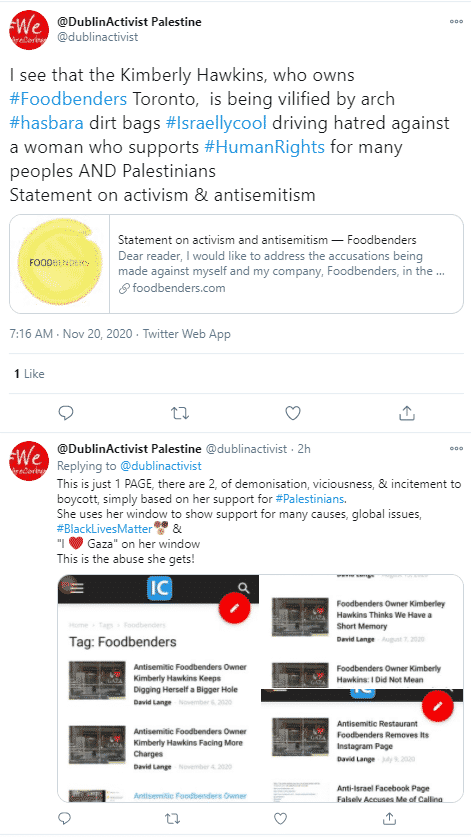 Could be the motto of the BDS movement.

Incidentally, what do they mean by “a woman who supports #HumanRights for many peoples AND Palestinians”?