The International Solidarity Movement (ISM) claims it is a “movement committed to resisting the long-entrenched and systematic oppression and dispossession of the Palestinian population, using non-violent, direct-action methods and principles.”

I have for over a decade shown this to be a big, fat lie.

Their latest Facebook post not only demonstrates this, but also that their motivation is hatred of Israel, and not caring about the palestinian Arabs. 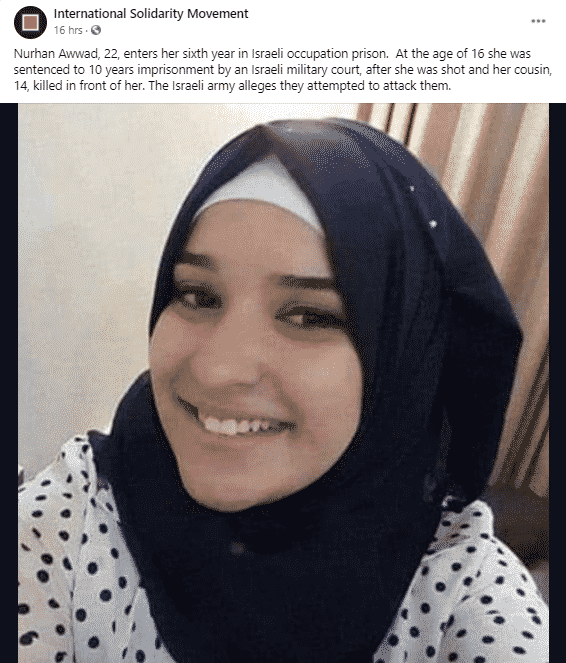 There is absolutely no doubt that Awwad attempted to attack. Video surveillance footage of the attack exists

“I didn’t intend to hurt anyone, suddenly she pulled out scissors and scratched someone who was there,” she claimed of the stab wounds inflicted to the head and back of their mistaken victim. “I didn’t understand what she was doing.”

“People started to shout ‘terrorist’ and I was afraid they would attack me, so I took out scissors in order to defend myself,” she said, failing to explain why she had scissors at the ready. “Suddenly they shot me and I was hit by someone with a chair, and I lost consciousness.”

Her claims come despite the fact that she was caught on camera menacingly holding her scissors aloft, and in the footage before the attack she and her comrade are repeatedly seen reaching in their pockets, tensed to draw their blades and attack.

The fact that she walked around with the younger terrorist for numerous long minutes searching for a target before the attack would seem to provide further rebuttal to her claims of innocence.

Note how the attack was not against the “Israeli army”, as the ISM suggests the IDF claimed. It was against civilians.

And here’s the kicker: They stabbed an elderly palestinian man (who was later treated at Jerusalem’s Hadassah Ein Kerem hospital, the same one in which Saeb Erekat received his treatment) 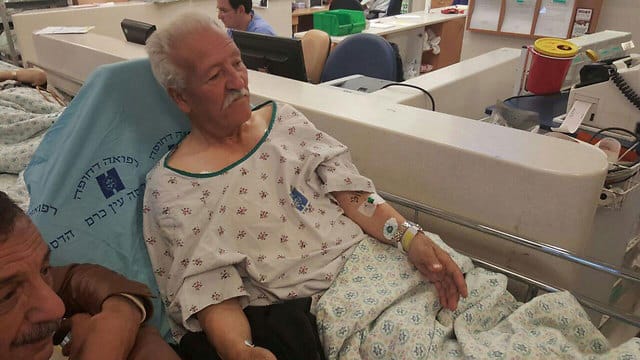 In other words, the ISM is lying about a confirmed terrorist who attempted to murder an elderly palestinian.

If that doesn’t speak volumes about them, I don’t know what does.