Quds News Network have posted the following video on their Facebook page: 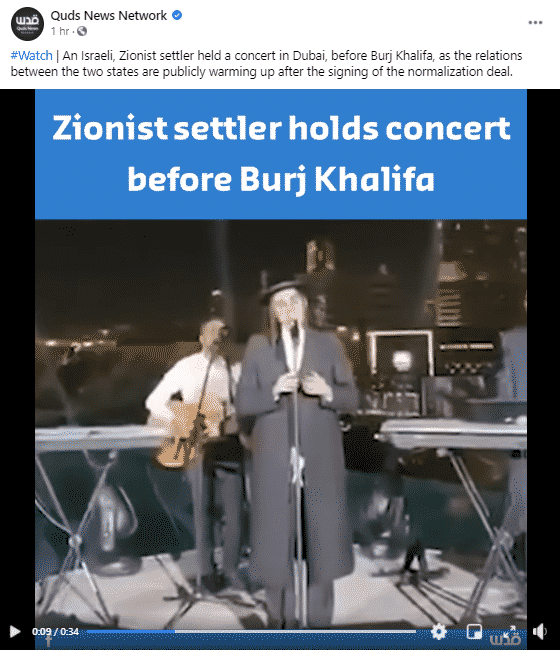 All they know is this singer is a religious Jew. For all they know, he might live in Dubai, or anywhere else in the world. But they still refer to him an “Israeli, Zionist settler” because they want to encourage nasty comments about him, without being too obvious about their antisemitism.

It so happens the singer in question is Chasidic singer Motty Steinmetz, and this was not a concert, but rather a Sheva Brachot following a Jewish wedding (probably this one)