With US President-Elect Joe Biden promising on the presidential campaign trail to reenter the Iran nuclear deal, he might want to actually pay attention to what Iran is saying and doing. 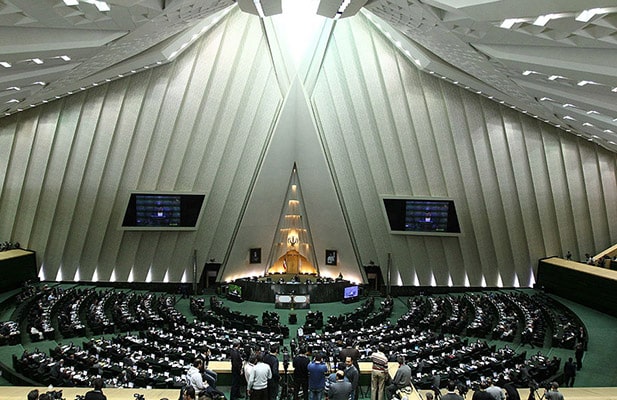 Members of Iran’s parliament presented a bill that would oblige successive Iranian governments to eliminate Israel within 20 years and to work toward removing American forces from the region, Iranian news agency ISNA reported.

ISNA revealed that the bill includes 16 articles under the name “Iran reciprocates” and was presented as a measure to respond to the assassination of Iran’s Quds Force commander Qassem Soleimani last year.

The bill would require the Iranian government to take necessary measures that would lead to the “elimination of Israel by March 2041” and break the Israeli blockade on the Hamas-controlled Gaza Strip by sending essential commodities for free or paid for.

ISNA added that the bill also supports funding and organizing marches on Israel’s borders in South Lebanon and the Golan Heights under the slogans of “Liberation of the Golan” and “the right of return of Palestinian refugees.”

Under the article “Expelling America from the Region,” the bill stipulates that the government and the Iranian armed forces would make the necessary arrangements to remove the military forces of the US Army Central Command from the region.

It also includes Tehran’s willingness to conclude defense cooperation agreements, for no less than five years, with any country in the region that decides to remove American forces from it.

The draft bill also considers that the countries that embrace American forces are partners in any US military or security action against Iranian interests in Iran and the region, and that they bear all the responsibilities arising from that.

The bill adds that Tehran has the right to respond in any way against the country from which a US aggression was launched from.

The draft excludes countries in which the American forces are stationed “as illegal,” in reference to Iraq and Syria.

It also stresses the obligation of armed forces in the Iranian army and the Iranian Revolutionary Guards to responds to any US military action against Iran, on the same level or greater.

The bill prohibits governments from conducting any negotiations with any country regarding Iranian military capabilities, Iran’s role in the region, and issues related to Iran’s proxies.

Here’s hoping Biden’s takeaway from this is NOT that the American administration should condemn the assassination of Qassem Soleimani.