Philanthropist Sheldon Adelson has died at the age of 87.

A supporter of rightwing political causes in the United States and Israel, Sheldon was a passionate Zionist, who spent “hundreds of millions on Jewish organizations that promote the centrality and protection of Israel.”

So it is not surprising we see the following kinds of gloating reactions from people on the Left, as well as antisemites and Israel-haters from all sides.

Not surprising, but still shocking. 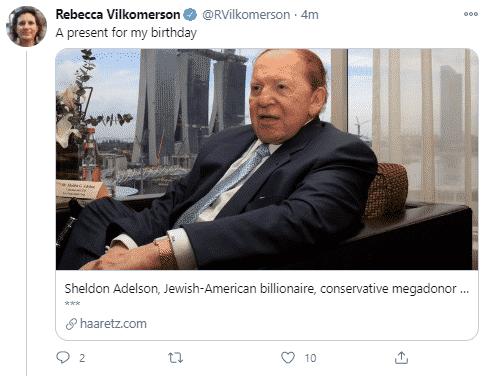 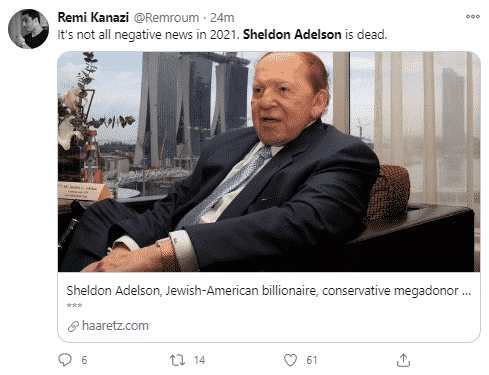 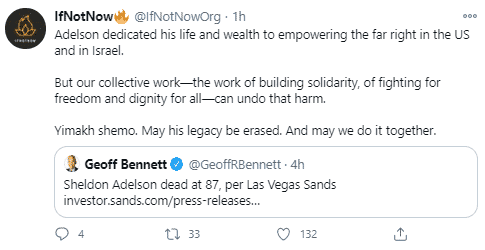 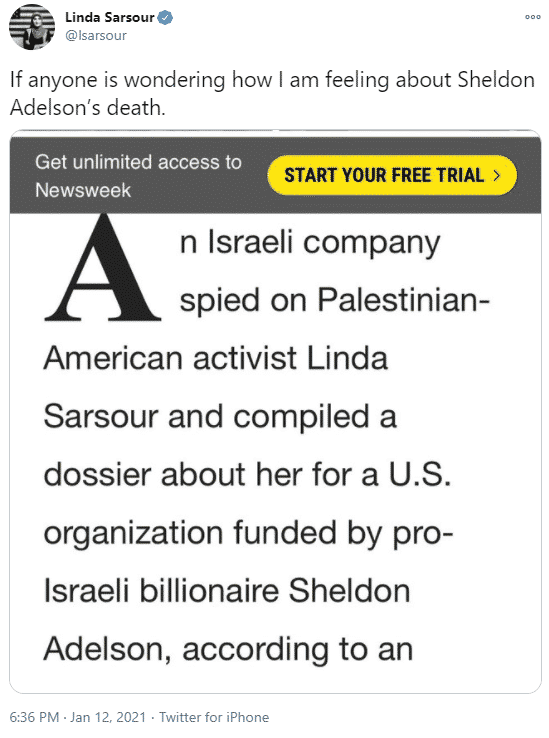 May Sheldon Adelson’s memory be for a blessing – and these people be forgotten in the dustbin of history.