Sometimes you just have to read between the lines. 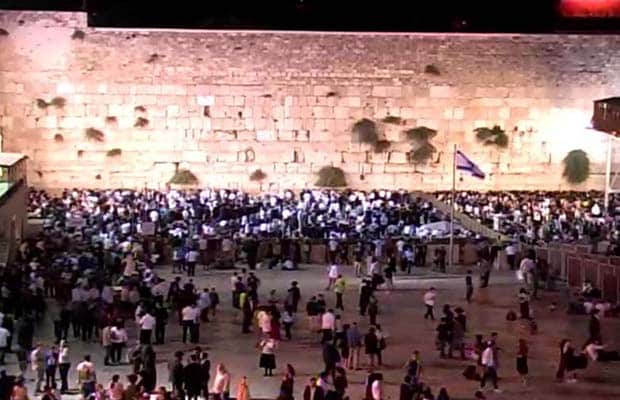 The Jordanian-controlled Wakf Department in east Jerusalem, which oversees Muslim and Christian holy sites, said that the “excavations” were “part of the [Israeli] project to complete the Judaization of al-Buraq Plaza, southwest of the al-Aqsa Mosque.”

So let’s break this down.

The palestinian Arabs and Jordan are accusing Israel of seeking to “Judaize” the plaza of the Western Wall – erected as part of the expansion of the Second Jewish Temple, which Herod the Great began in approximately 19 BCE.

Or over 600 years before Islamic Prophet Muhammad supposedly tied his winged steed there before ascending to paradise.

Or over 700 years before Al Aqsa mosque was built on the ruins of aforementioned Temple.

The only thing “Judaizing” the Western Wall plaza is history.

Which, when you think of it, they know. They are referring to the renovations as “excavations.” Of course excavations can only reveal more evidence of the site’s Jewish history!