A number of anti-Israel sites and social media accounts have been gloating about the Tunisian pilot for Emirates Airline who was suspended for refusing to fly to Israel.

#Emirates pilot suspended for refusing to fly to #Israel

Emirates airline has suspended a Tunisian pilot for refusing to fly to Israel. Moneem Saheb Tabaa confirmed the suspension on his Facebook page, which he has since closed.

“God is [the] only [one] who takes care of me…” said Tabaa. “I do not regret it.” The pilot is suspended pending a formal hearing.

As news of his suspension spread across social media, many activists denounced Dubai-based Emirates and praised Tabaa for his defiant stance in opposing last year’s normalisation deals between Israel and several Arab states. The UAE was the first of the recent states to establish diplomatic ties with Israel, along with Bahrain, Sudan and, more recently, Morocco. 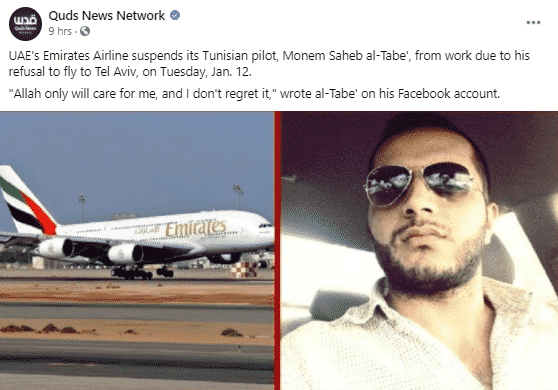 And weren’t they loving it. 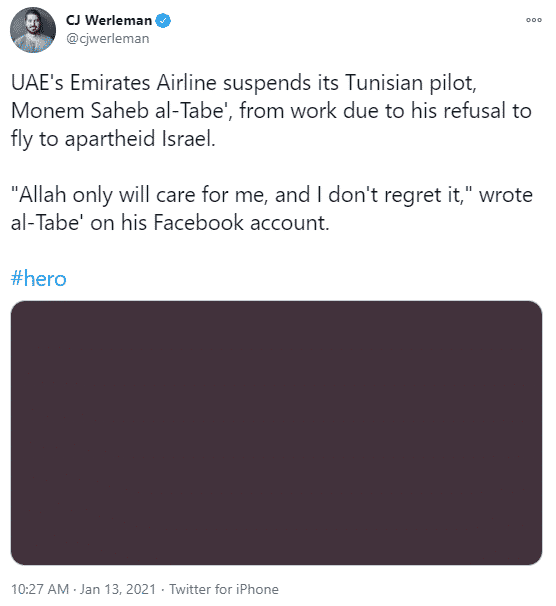 Except for one problem. It wasn’t true. 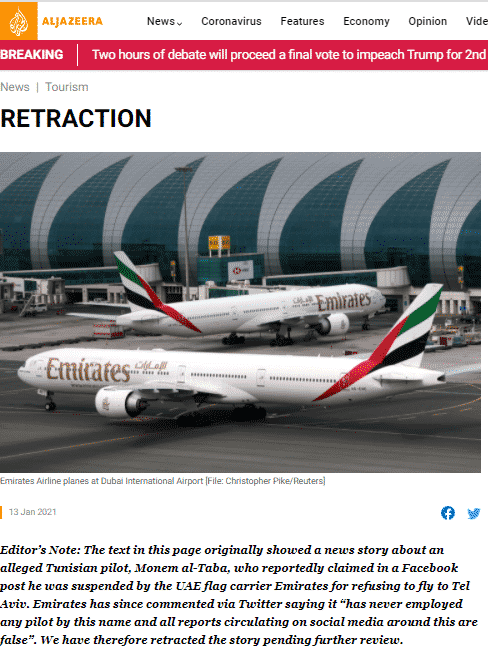 I won’t be holding my breath for the likes of QNN or CJ Werleman to retract or apologize for disseminating this fake news. Their only interest is in demonizing Israel, not the truth.