Mary Hughes Thompson, the co-founder of the Free Gaza movement (known for sending flotillas to Gaza), has shuffled off this mortal coil.

I exposed Thompson as a vile anti semite many moons ago, but here’s a reminder:

Who controls Hollywood? VARIETY censors JVP ad but had no problem with this one supporting Israel. pic.twitter.com/8m48yHgH1S

She will be missed by fellow Jew-haters, Israel-haters, and Hamas (see if you can spot her in this photo).

Her final tweet was not surprisingly a retweet of a discredited lie. 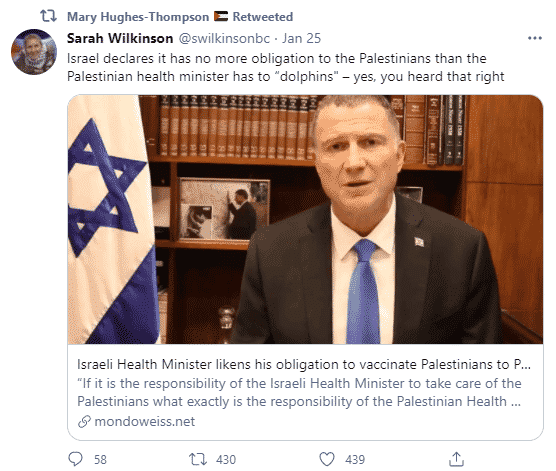 Yes, she was evil until the end.

I anticipate the haters publishing many more tributes about her, so consider this post a countermeasure to such historical revisionism. She should be remembered as the evil prune she was.

Update: Some haters are trying to raise money in her honor to build a playground. 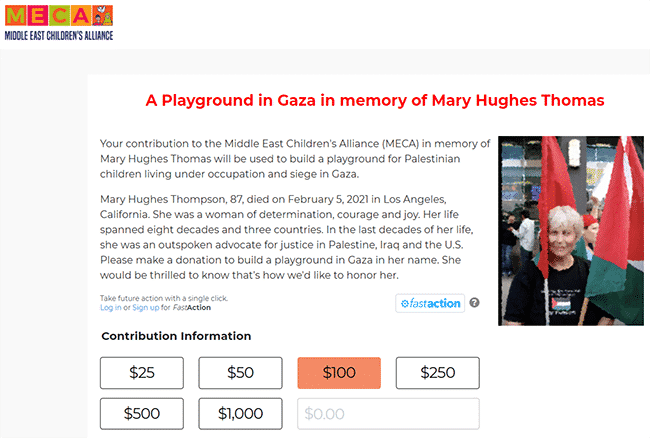 If they do manage to raise the funds, I hope they don’t realize they’ve spelled her name wrong and dedicate the playground to the wrong person.