Know Your History: Treatment of Jews at the Western Wall, 1928

In October 1928, the New York Times dealt with a controversy here in the Holy Land: the British tore down a partition separating men and women at the Western Wall on Yom Kippur, the holiest day of the Jewish calendar.

The report does not explain why the British did it, but the reason is described elsewhere:

Commissioner Edward Keith-Roach described the screen as violating the Ottoman status quo that forbade Jews from making any construction in the Western Wall area. He informed the Jewish community that the removal had been carried out under his orders after receiving a complaint from the Supreme Muslim Council. The Arabs were concerned that the Jews were trying to extend their rights at the wall and with this move, ultimately intended to take possession of the Al-Aqsa Mosque.

But back to the New York Times report. Although not mentioning the above, what it does mention is also very important. In particular: 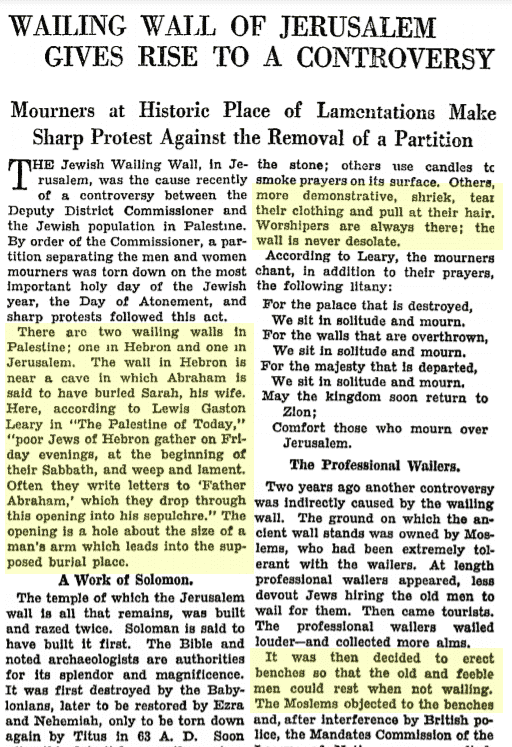 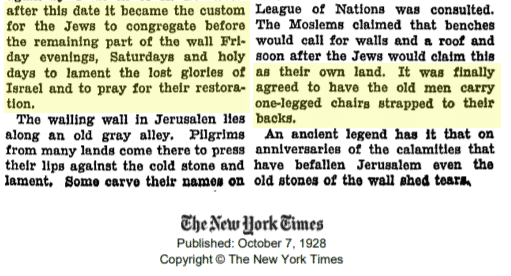