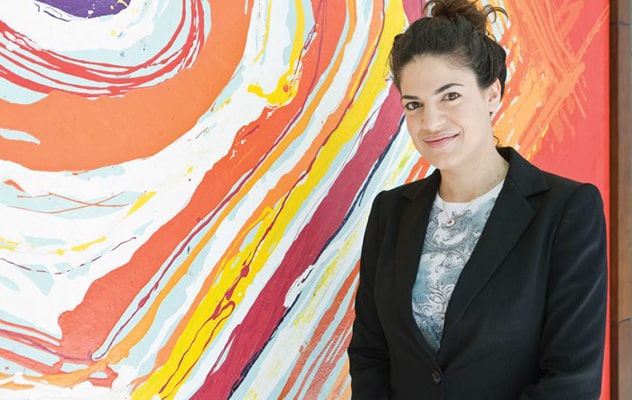 Apparently, her digital strategy is to show her rabid hatred of Jewish people. 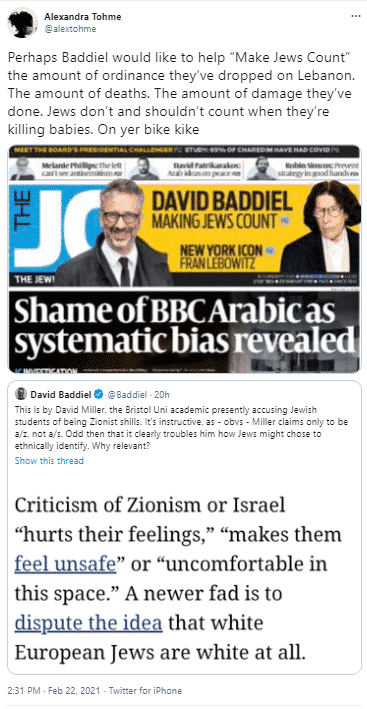 It seems this has been brewing for quite a while. 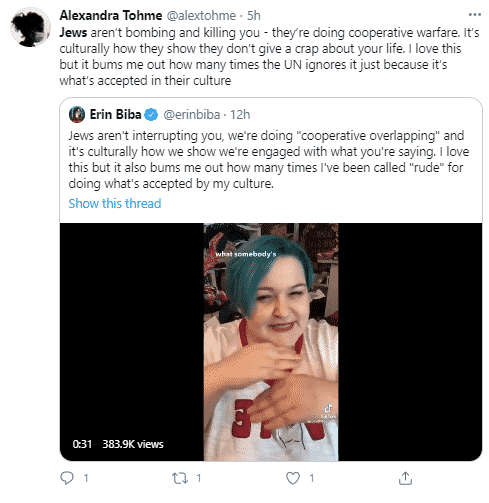 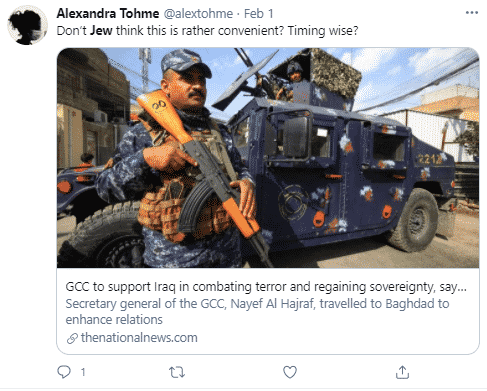 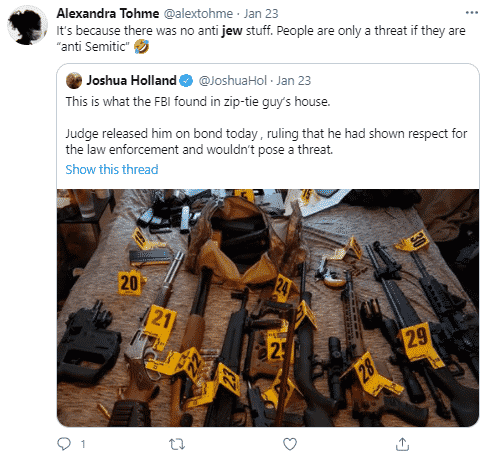 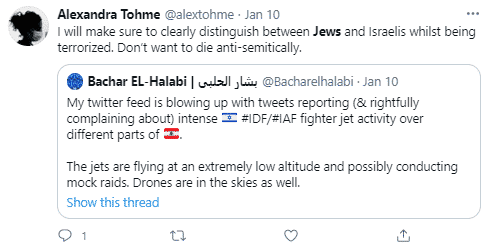 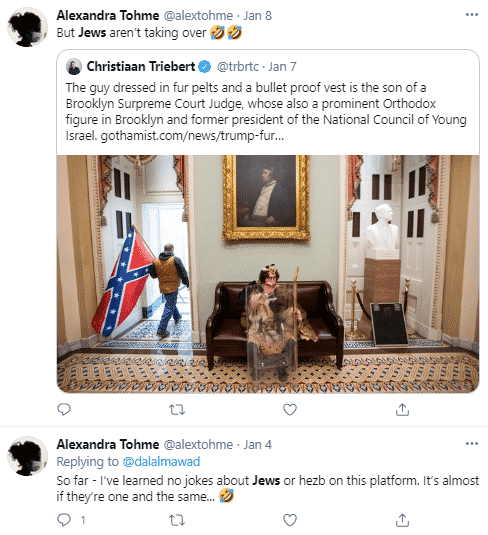 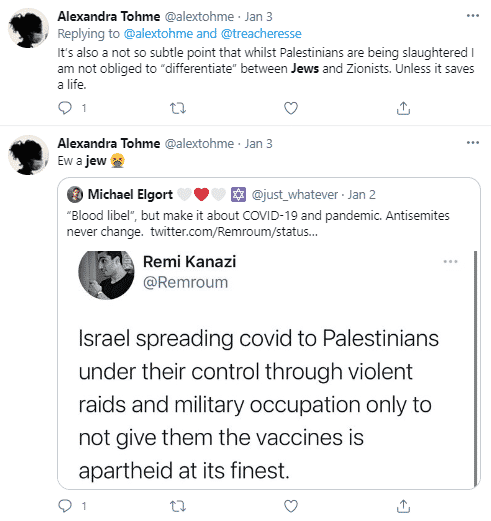 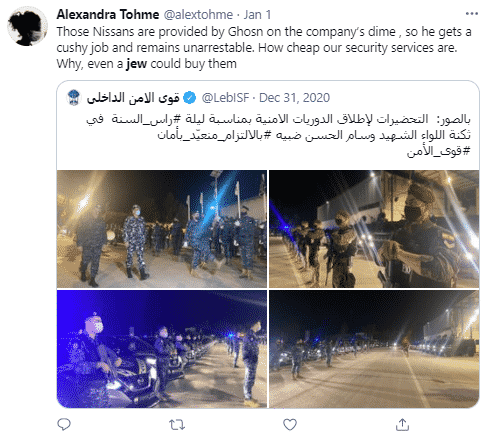 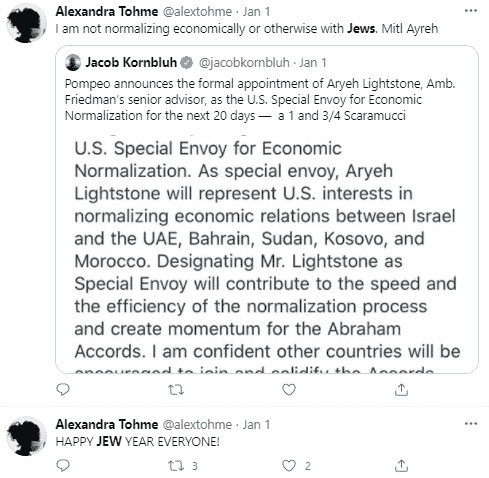 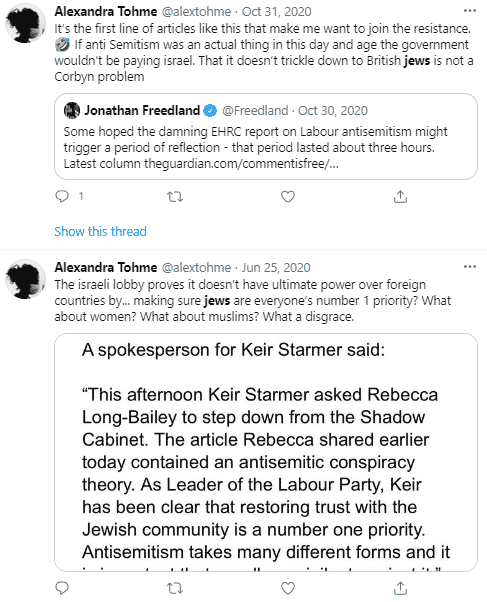 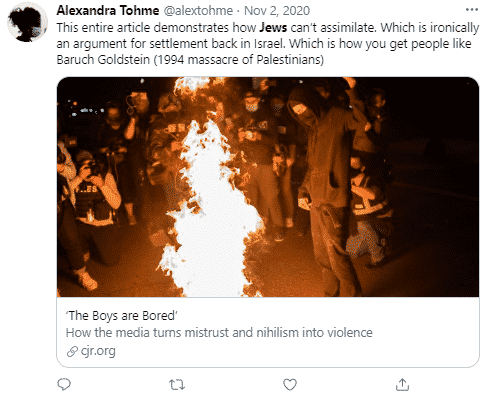 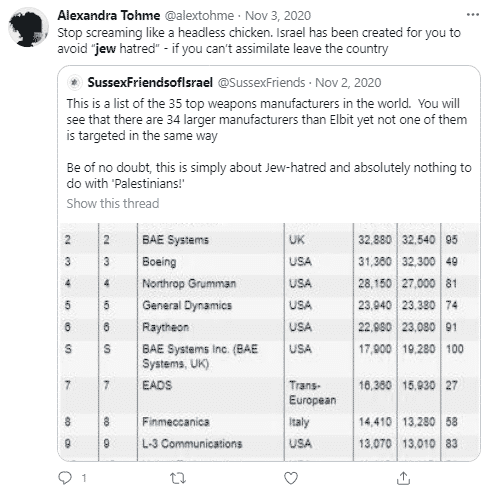 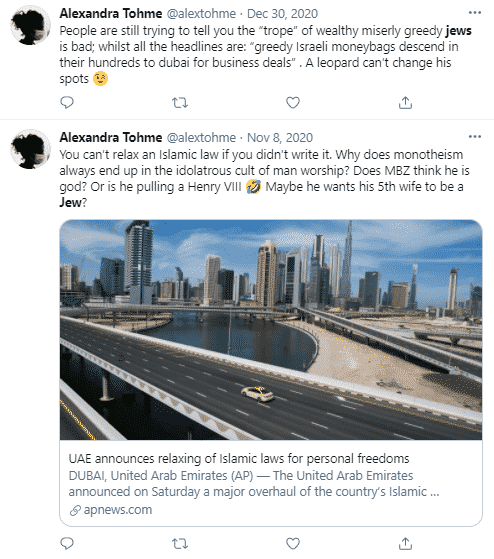 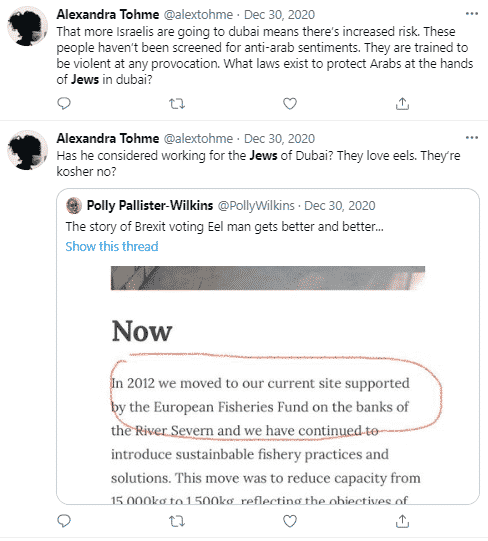 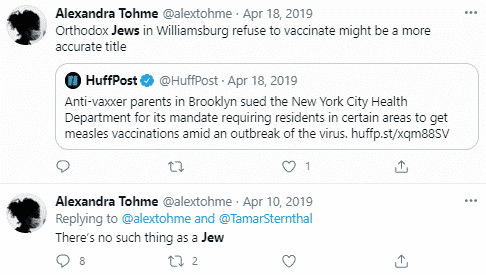 A former version of this post incorrectly identified her as a former Lebanese delegate to the UN. There is apparently more than person from Lebanon called Alexandra Tohme. Only after I was made aware of this 2013 tweet was I able to ascertain they are different people. While it is a relief that someone so antisemitic did not work for the UN, I am sure there are such people who have!