Antisemitic Foodbenders owner Kimberly Hawkins faces a court hearing within the next few weeks, and could lose her business license and receive a hefty fine. 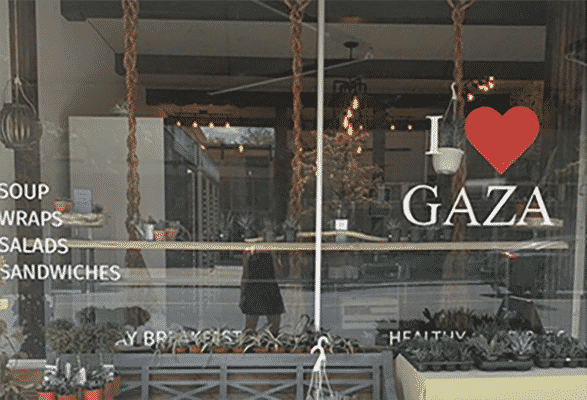 A Toronto food company that lost suppliers, customers and key delivery apps over inflammatory anti-Zionist Instagram and Twitter posts during the last seven months now faces losing her business licence with the city.

Kimberley Hawkins, owner-operator of Foodbenders on Bloor St. W., is slated to go to court in two weeks for allegedly failing to comply with Chapter 545 of the Municipal Code, says Elizabeth Glibbery, director of bylaw enforcement and investigation services with the city municipal licensing division.

The exact court date is not known at this time, but Hawkins recently posted that the hearing is in two weeks.

Section 8.4A of that chapter says that “No person licensed … under this chapter shall discriminate against any member of the public in the carrying on of the business on the basis of race, ancestry, place of origin, colour, ethnic origin, citizenship, creed, sex, sexual orientation, gender identity, gender expression, age, marital status, family status or disability.”

Glibbery said the city received “multiple complaints” about Foodbenders last year and in response, an advisory notice was sent to Hawkins last Aug. 4 which detailed the consequences of failing to comply with the bylaw.

“The city investigated additional complaints received against this business and the proceedings are currently before the Ontario Court of Justice for contraventions of Chapter 545,” she said Tuesday.

Meanwhile, Hawkins wants everyone to know she is an anti-Zionist-not-antisemite. So what better way to show you really only hate “Zionists”, and have nothing against Jews, than appearing on the vehemently antisemitic Press TV

The restaurant is about to lose its license. Its owner Kimberley Hawkins gives more details. (Part-2)@foodbenderz pic.twitter.com/T9EqM9Prp5

and then boasting about it:

She’s doing it all wrong!