In case you still weren’t aware of the new reality of the Middle East post-Abraham Accords, here is something for you: a group of people from Saudi Arabia (a country with which we have not yet even officially normalized relations ) are tweeting their support for Jerusalem as the capital of the Jewish people (as well as other pro-Israel and pro-peace messaging) under the hashtag “#قبلة_اليهود_لاتعني_لنا”, which translates as “The Jewish aspirations don’t pertain to us” (translation hat tip: Thani)

Heck, some even go so far as to call for the third Jewish Temple! 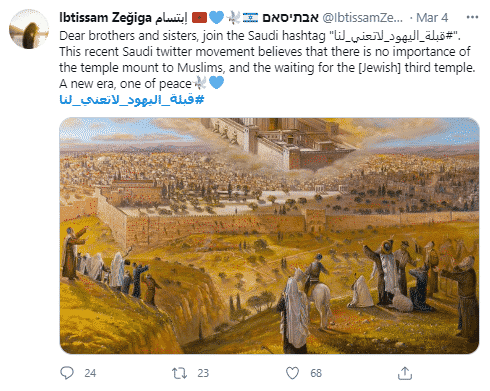 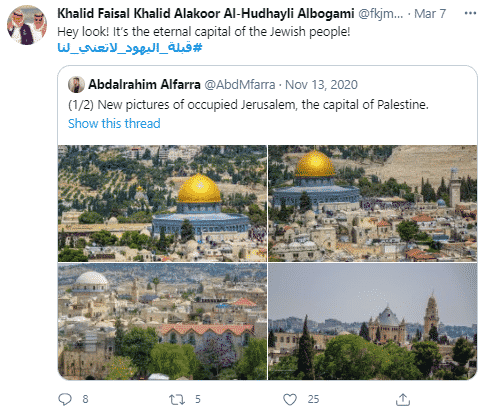 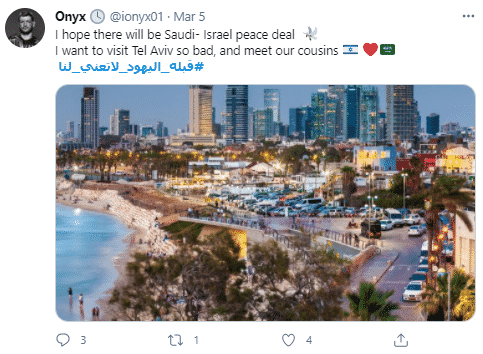 Oh, the times they are most definitely a-changin’ – so get on the train or you’ll miss out!