Many Jews in Europe have favored the violin as their instrument. The choice is rooted in convenience. Escaping from pogroms with the likes of a piano was a lot more cumbersome than just grabbing a violin. 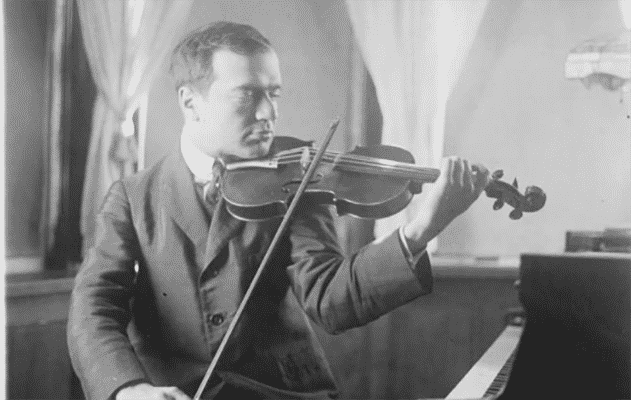 At the age of four, Bronisław Huberman was given that most Jewish of instruments by his poverty-stricken Polish parents. In 1901, when he was 9, he performed the Violin Concerto in D Major (Opus 77) in front of its’ composer, Johannes Brahms. This work, thought of as impossible to play, did not deter the Wonder Kid. His performance was flawless. Thus, the boy from a poor Jewish family began his career and arguably went on to become the greatest violinist of the 20th century.

Huberman spent the next three decades performing all over the world with illustrious European musicians which turned him into a major celebrity that paralleled the public interest of Harry and Meghan. On his 50th birthday, looking for a scoop, the starstruck British The Times reported he had accidentally scraped his hand.

When the dark clouds of Nazism moved over Germany, unlike some European Jewish intellectuals who hoped Hitler was just a passing fad, Huberman understood that the Jewish emancipation born out of the Enlightenment, had come to an end. Protesting against Hitler, he rejected all invitations to play in Germany and moved to Switzerland instead. When Hitler removed Jewish musicians from all German orchestras, Huberman set out to fight: and his weapon was his violin.

Despite the horrendous antisemitism and persecution, countries slammed shut their borders to Jews. Huberman knew he had to do something. He concocted a plan to rescue Jewish musicians he had played with over the years hoping to move them to Eretz Yisrael. With the land under the rule of the British, his plan was brilliant: he was going to form the Jewish “Palestine Symphony Orchestra.”

He traveled around Europe to audition Jewish musicians. With places in any orchestra limited, he knew exactly what awaited the fate of those who didn’t make it. It was more than an audition. It was an unthinkable, unwanted and harrowing “selection,” where one musician who failed to pass heartbreakingly commented how he was “sentenced to death for musical mediocracy.”

With no money available, Huberman personally funded the journey for over 70 musicians, their parents, brothers and sisters, aunts and uncles. In doing so he rescued over 800 Jews from the hell that was to erupt on European soil. 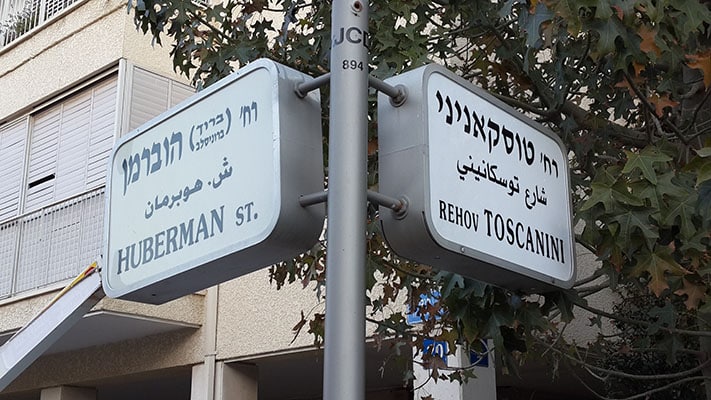 To conduct the debut performance in Eretz Yisrael, he brought over the renowned Italian conductor, Arturo Toscanini. Toscanini had already defied Mussolini by refusing to play the Italian fascist anthem and walked out of a concert in Germany on the day Hitler came to power. He also refused payment from Huberman.

On 26th December 1936, Jews came from all over the land came to hear the Palestine Symphony Orchestra play in the new Exhibition Centre in Tel Aviv. The debut performance was composed of Europe’s greatest musicians. The hundreds who weren’t one of the lucky 3000 ticket holders, simply listened to the concert from the roof. After the establishment of the state of Israel and hundreds of concerts later, the Palestine Symphony Orchestra changed its name to the beloved institution that it is known as today – the Israeli Philharmonic Orchestra.