Let’s file this under Things to Make the Haters Go Mad: 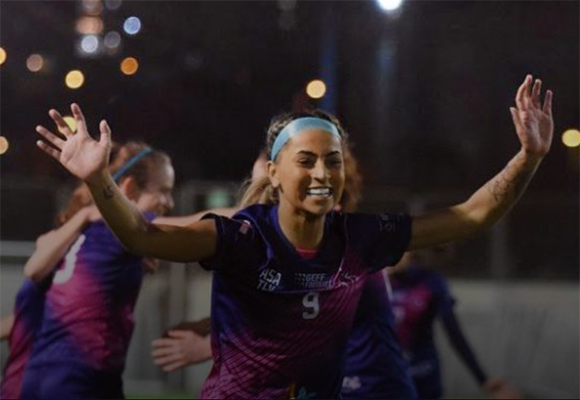 The 19-year-old, who is the first Fiji woman to be a professional soccer player, said she’s been blessed with support from the Fiji football community since going professional in February.

She told the ABC she’s keen to return to national duties but right now her focus is on ASA Tel Aviv.

“I plan to represent Fiji for the rest of my life…I know it means a lot to my mom she didn’t have the opportunity to play sports,” she said.

The US-based player said one of the challenges she’s experienced in Israel has been to overcome the language barrier and so she has been learning Hebrew from her fellow players and friends.

You can hear more about Trina and how she is getting on in Israel here:

This is someone who clearly has a good head on her shoulders.