Eli Ben-Zaken: A Taste of Chutzpah 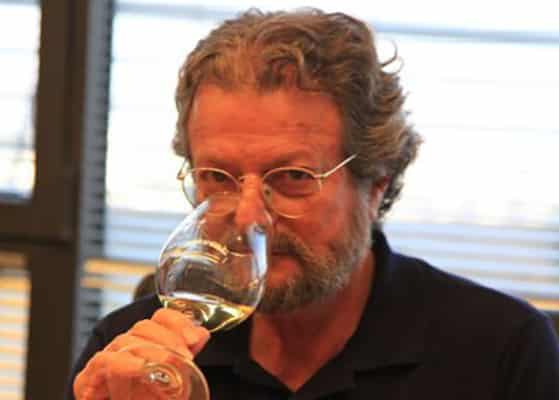 Even though wine has been produced in the Land of Israel since Biblical times, Bouquet, Blend, Terroir and Grand Cru, were terms that Israelis little once cared for. The finesse of wine culture was reserved for the likes of continental Europe, South America and California. Israelis were content with one brand of sweet Kiddush wine exclusively used to welcome the Sabbath.

In the 1990’s a change came that elevated Israel into one of the top wine producers in the world, and it did so by an extraordinary chain of events.

Nothing about Eli Ben-Zaken was indicated that it would be he who would change the world of wine. As a child, he and his parents left their native and increasingly hostile Egypt. As the years passed, he became the restless, archetype Wandering Jew. He traversed across Europe, working in Switzerland, Italy and England. After many years he came to realize that the only place he would feel at home, was Israel. And in the 1970’s, Eli Ben-Zaken made Aliya.

One day, he offered a hitch-hiking soldier a ride. Eli had a dog in the car. The soldier made friends with the pup and told its master about a dog trainer who lived in Moshav Ramat Raziel, in the heart of the Judaean Mountains. Eli went straight there. Instead of finding the dog trainer, he found a house. He called his wife to inform her that right there and then, he had bought them a little country house with a small plot of land and an old chicken coup.

In their new home, they entertained friends. One evening, over a plate of pasta, one of their guests was so impressed with the food that he promised Eli a small business investment to start a restaurant. A natural innovator, Eli skipped all formal training and just got down to business and turned that plate of pasta into of one of the most successful restaurants in the Jerusalem region.

In between running his business he also planted a few vines in his backyard in a small plot of land awarded to him by the moshav. For a winery, he converted an old stable. He taught himself viticulture simply by reading books. When it was time for harvest, he made do with only a couple of barrels and enlisted his children to trample the grapes, Biblical-style. Most of that first harvest, a mere 600 bottles, was given to friends and acquaintances, all of whom raved about the quality of the wine.

After a few years of working in his restaurant and producing wine for his friends, things took a turn when Eli received a surprise letter from Dalia Penn Lerner. On her own initiative, the Israeli journalist and actress had sent a bottle of Eli’s wine to Serena Sutcliffe, the Master of Wine at the prestigious Sotheby’s in London. In her thank-you note to Penn Lerner, Mrs. Sutcliffe’s praised Eli’s wine. When the journalist forwarded Eli the letter, it brought tears to his eyes and gave him all he confidence he needed to turn his hobby into a professional winery. Domaine du Castel, (named after a crusader fortress) became the flagship boutique winery of Israel, producing thousands of bottles a year and inspiring others to also set up their own wineries. Competition was vast. Eli’s method of not following the rules put Israel on the wine map. With now hundreds of boutique wineries and winners of international competitions, thanks to Eli, Israel is up there with the best in the culture of wine.