Dov Frohman: The Power of a Moment 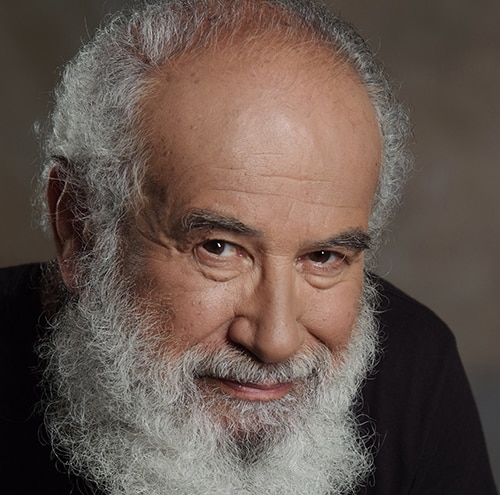 For good or for bad, we have probably all experienced moments that changed our lives. Dutch-born Israeli Dov Frohman, has known moments like these, and he has experienced them to the extreme.

Two decades before the outbreak of World War II, Poland was rife with antisemitism and unfair taxations imposed upon the Jewish community. Due to these difficult living conditions, many of Polish Jews were insular, afraid and poverty-stricken. The situation left these people with the choice of finding the often insurmountable finances to move to the USA, Western Europe or Eretz Yisrael, or to stay put. Those who could, left – including Abraham and Feijga Frohman who took their chances and moved to Amsterdam.

Six months before Hitler invaded Poland, their son Dov was born. Three years later, while the Nazis were secretly deporting Holland’s Jews to the death camps, his parents had to choose whether to keep their little son with them, or place him in hiding. They had to choose in a moment. And because of that moment, Dov never saw them again. His parents were later murdered by the Nazis.

In those fateful moments before being unknowingly deported to their deaths, his parents had to act fast. They passed their son on to mutual friends in the Dutch resistance who then passed the boy onto the Van Tilborghs, a family of Christian farmers who lived in Sprang-Capelle. Dov survived by hiding with them for three years. After the war, he spent another three years in a Jewish orphanage in Belgium and at the tender age of ten, the orphaned boy sailed alone to Israel where he lived with distant relatives.

Despite the trauma, the child excelled at school. Studying was his passion. The years flew by and after completing his army service he swept through universities and acquired a PhD in electrical engineering. While newly employed at Intel, Dov devised a state-of-the-art computer memory called EPROM. This innovation did not require computers to be left on for the memory to be charged. EPROM was also user-friendly. Unlike its predecessors it was not just computer geeks who could tackle it and get the job done while leaving the rest of us to laboriously come to terms with cumbersome technology. Thanks to Dov, computer memory was simple. It was now a matter of a moment.

What is also extraordinary is that Dov Frohman actually did not intend to invent it, he simply stumbled upon the idea while troubleshooting something else.

Frohman went on to win several awards for his unique and inimitable contributions to science. But more staggering than the prizes he has amassed along the way, is that he, an orphaned child with so much trauma, was able to grow up, function, apply himself to his studies, excel and succeed and to do it all with such dignity that he is today known not just for his scientific contributions to the world but also his humility. In the person of Dov Frohman is a lesson for us all. He is a man who has lived through moments and memories of both brilliance and terror, yet has adamantly refused to let either of those define him.