Yesterday, April 17th, was apparently Palestinian Imprisoned Terrorists Prisoners Day, and the Palestinian Information Center drew attention to Israa Jaabis,, who they would like us to believe just happened to be in the wrong place at the wrong time…with the wrong gas cylinder. 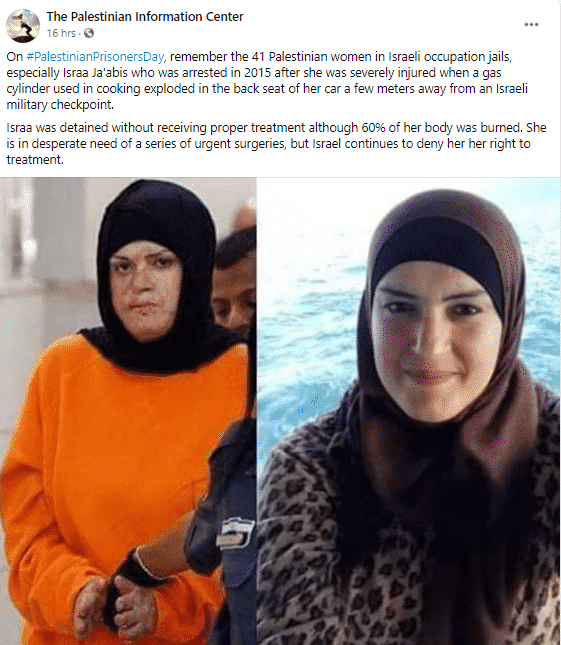 As I have posted before, this story is a lie; she was the victim of her own terror attack gone wrong; she cried out “Allahu Akhbar” beforehand, she had handwritten notes in her possession that contained messages of support for “martyrs”, and her supporters could not keep their story straight.

Incidentally, the propagandists have been claiming she has been in urgent need of medical care for over 3 years. I guess one person’s “urgent” is another person’s “can totally live without it.”